After Newcomb Pottery closed in 1939, the Newcomb Art Department started a new pottery enterprise, which they called the Newcomb Guild. Guild works, like Newcomb Pottery pieces, were to be built by hand and were to be inspired by the local landscape, but they were radically different from the Pottery’s ceramics in many ways. Guild ceramics emphasized function over decoration, and they were created in product lines where all pieces in a set looked similar. The Guild also stopped hiring graduates and employed a few members of the Art Department faculty, but creating a career path for women was no longer central to its mission.

Newcomb Guild ceramics were modern and abstract. While not overtly a representation of the local landscape, the vases were abstracted interpretations of the lichen and moss that grows in New Orleans, as well as reminiscent of water, with ribbed designs a reference to raindrops making ripples on the water, and also included a style representative of clouds. Guild pieces were not signed by their artists, and were instead, simply stamped with the Newcomb Cypher or sometimes labeled with a sticker that identifies their product title.

The Newcomb Guild, while arguably ahead of its time in applying modern design principles to its ceramic’s enterprise, was not financially a success. Newcomb College, which had shifted its focus to education, was not interested in marketing wares for sale and thus sold little. The Guild never officially closed, but stopped production in 1952 when its principle designer, Sadie Irvine, retired. 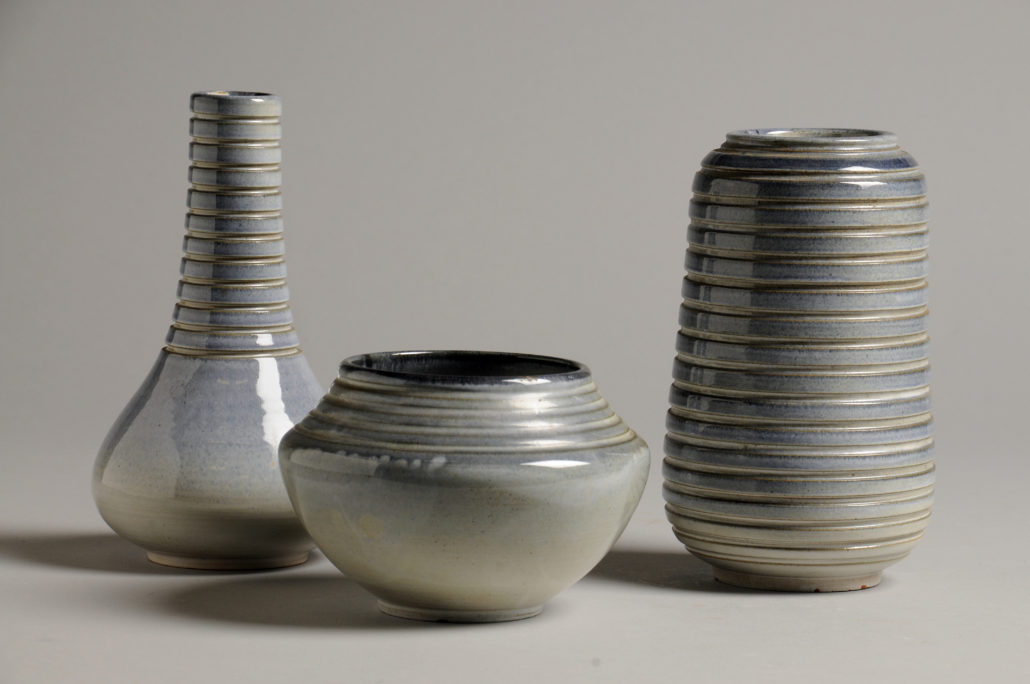 Diana Al-Hadid
We use cookies to ensure that we give you the best experience on our website. If you continue to use this site we will assume that you are happy with it.Ok
Scroll to top