Beyond the Canvas:
Contemporary Art
from Puerto Rico

Coinciding with the 100th anniversary of Puerto Ricans’ U.S. citizenship and the impending referendum on political status, Beyond the Canvas: Contemporary Art from Puerto Rico showcases the work of Zilia Sánchez (b.1926), Julio Suárez (b.1947), Arnaldo Roche Rabell (b.1955), Pedro Vélez (b.1971), and Elsa María Meléndez (b.1974).

Spanning several generations, these five artists challenge the notion of the canvas as a flat surface for painted images. Through tension-based strategies applied on the fabric—whether pulling, rubbing, folding, slashing, ripping, sewing, or warping—they lend their works a distinctive three-dimensionality. Their provocative treatments allude to the island’s current socioeconomic crisis in works that suggest rupture, tension, and escape.

Beyond the Canvas is accompanied by a smaller exhibition envisioned, curated, and designed by Tulane students from “Women, Community and Art in Latin America: Puerto Rico.” Co-taught by Edith Wolfe, Assistant Director of the Stone Center for Latin American Studies, and museum Director Monica Ramirez-Montagut, the class—which traveled to the island in March 2017—asks how Puerto Rican socially engaged activists and artists address problems of gender, food access, blight, loss of traditions, and other issues affecting their communities.

The student-curated show Culture, Community, and Civic Imagination in Greater San Juan documents how community-based projects in San Juan and adjacent areas are changing the narrative of place and redefining the nature of citizenship. Examples include Patio Taller, a performance space and grass-roots educational center in the industrial zone of San Antón that organizes a “theater of the oppressed” to address issues affecting their community; the collective transformation of the hillside town of El Cerro, Naranjito into a living mural that is socially and artistically charged; intergenerational workshops known as Escuelas Oficios (Trade Schools) that are recuperating artisanal traditions threatened by modernization and colonialism, such as weaving, lace making, and basketry; the revitalization of blighted properties and neighborhoods through participatory urban design of community centers, public parks, urban gardens, and food cooperatives; and the aesthetic and physical reclaiming of public space through movement by artist Noemí Segarra. These projects underscore the critical role of women—as activists, artists, and community leaders—in the cultural and political mobilization in response to crisis.

This exhibition is made possible through the generous support of The Andy Warhol Foundation for the Visual Arts, Jennifer Wooster (NC ’91), Don Peters (A&S ’81), Newcomb College Institute of Tulane University, and the Newcomb Art Museum advisory board.

With a career spanning sixty-five years and inclusion in the 2017 Venice Biennale, Zilia Sánchez is known for shaped canvases made of material stretched over handmade wooden frames. Her reduced color palettes and serial processes connect her to Minimalism, though her curvilinear, volumetric forms alluding to corporal topographies remain distinctive. Sánchez graduated from the Escuela Nacional de Bellas Artes San Alejandro, later studying at New York’s Pratt Institute. Before her 2013 survey at Artists Space, New York, Sánchez’s work had rarely been seen outside of Puerto Rico. A solo exhibition of her work will be presented at the Phillips Collection, Washington, D.C., in 2019. Her pieces are in the collections of the Walker Art Center, Minnesota; the Phillips Collection; and Museo de Arte Latinoamericano de Buenos Aires, Argentina, among others.

Julio Suárez folds and pleats the fabric of his geometric-shaped paintings toward achieving a low-relief within the forms. His works are characterized by invisible brushwork and minimal use of color. Most recently, he has created installations that give his paintings physical and spatial dimensions. He completed his undergraduate work at the Puerto Rico Escuela de Artes Plásticas and his graduate studies at the Academia San Carlos, Universidad Nacional Autónoma de Mexico. He has had solo exhibitions at institutions such as Museo de Arte de Puerto Rico in San Juan and Museo de Arte Moderno in Santo Domingo.

Arnaldo Roche Rabell creates large-scale works using the rubbing technique of frottage. He places persons, objects, and vegetation under the canvas and builds his images through multiple layers of paint. Roche Rabell studied architecture at the Universidad de Puerto Rico and holds a BFA and MFA from the School of the Art Institute of Chicago. His work has been exhibited at the Art Institute of Chicago, the Hirshhorn Museum and Sculpture Garden in Washington, D.C., and New York’s Metropolitan Museum of Art and Museum of Modern Art, among others.

Pedro Vélez rips and shreds the canvas to create flags and banners referencing current sociopolitical issues. Most recently, he has merged his interest in art and art criticism into “visual essays” that resemble movie or pop music posters and comment on a variety of issues, including economics, aesthetics, and race in the contemporary art world. Vélez holds a BA in Communications from Puerto Rico’s Universidad del Sagrado Corazón and an MFA from the School of the Art Institute of Chicago. He has participated in national and international solo and group exhibitions at numerous galleries, art fairs, and museums including the 2014 Whitney Biennial in New York.

Elsa María Meléndez is a printmaker, painter, and creator of installations. She is known for her labor-intensive works incorporating embroidery, sewing, mending, sorting, and the accumulation of objects, fabrics, and materials. Her unconventional representations of female bodies address issues of women’s identity, sexuality, and eroticism in an open and direct way. She studied at the Universidad de Puerto Rico, Río Piedras, where she earned a BFA in 1997. 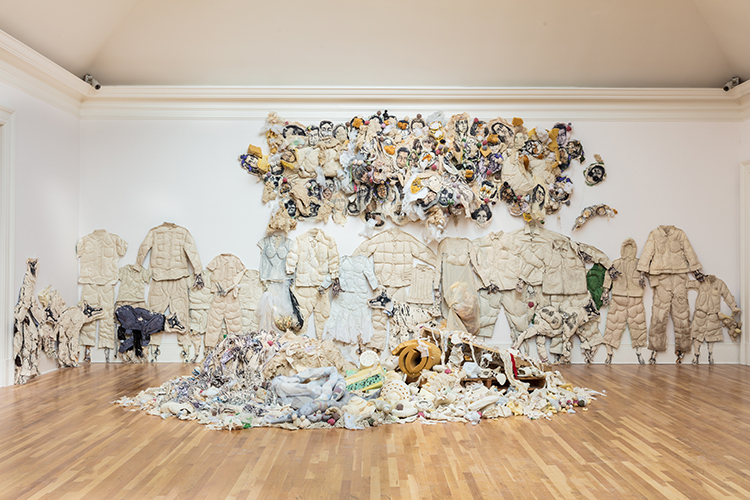 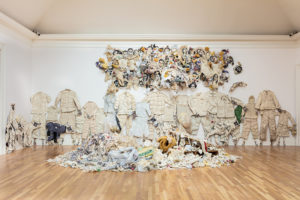 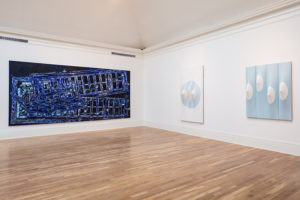 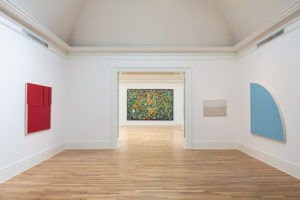 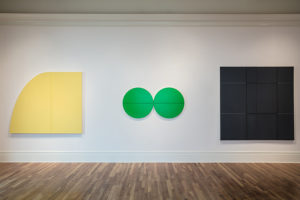 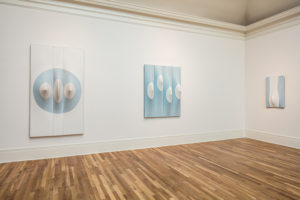 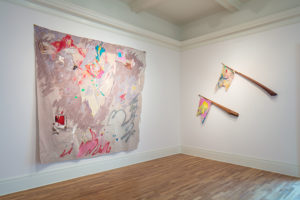 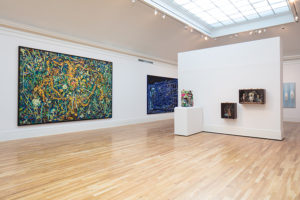 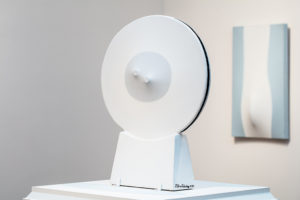 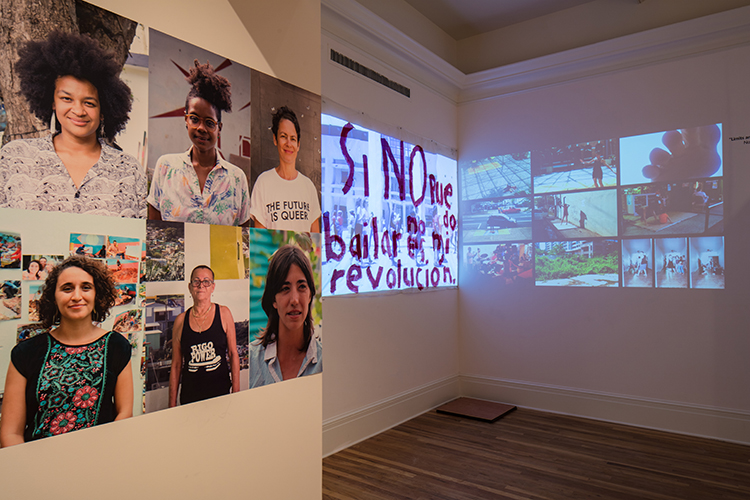 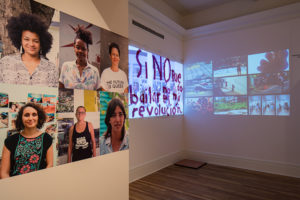 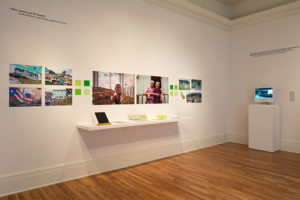 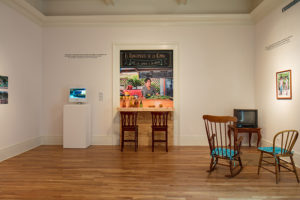 ‘Notes From A Native Daughter’: Interview with Noemí Segarra (PODCAST)