In 1894, Josephine Louise Newcomb commissioned the three lancets that comprise the Resurrection triptych in memory of her daughter, Harriet Sophie Newcomb. They were originally located behind the altar of the chapel at Newcomb College’s Washington Avenue campus. When the college moved to its present location in 1918, the windows were removed from their casings and put into storage. The original chapel was razed in 1954.

Mrs. Newcomb’s close friend and counselor, Frank Walter Callender commissioned The Supper at Emmaus triptych a year later. Based on a painting by Rembrandt of the same subject matter, it was originally opposite the Resurrection triptych in the Washington Avenue chapel.

King David and St. Cecilia were purchased in 1894 by Mrs. Newcomb as memorial windows to her husband, Warren, and her mother, Mary Sophie LeMonnier. They are permanently installed in the Myra Clare Rogers Chapel on Tulane’s uptown campus. In 1895 the Good Samaritan was installed across from the LeMonnier/Newcomb memorial windows.

The Rose Window was completed in 1896 and installed at the same time as the Supper triptych. The central medallion bears the initials HSN, denoting Harriet Sophie Newcomb. It is also located in the chapel.

In 1903, Tulane University erected a new university library with funds donated in honor of Frederick W. Tilton by his wife. Her family purchased the Art & Literature windows to adorn the building’s grand staircase.

Want to help support conservation of and education on these Tulane Treasures for generations to come? Click here to support the Newcomb Art Museum today! 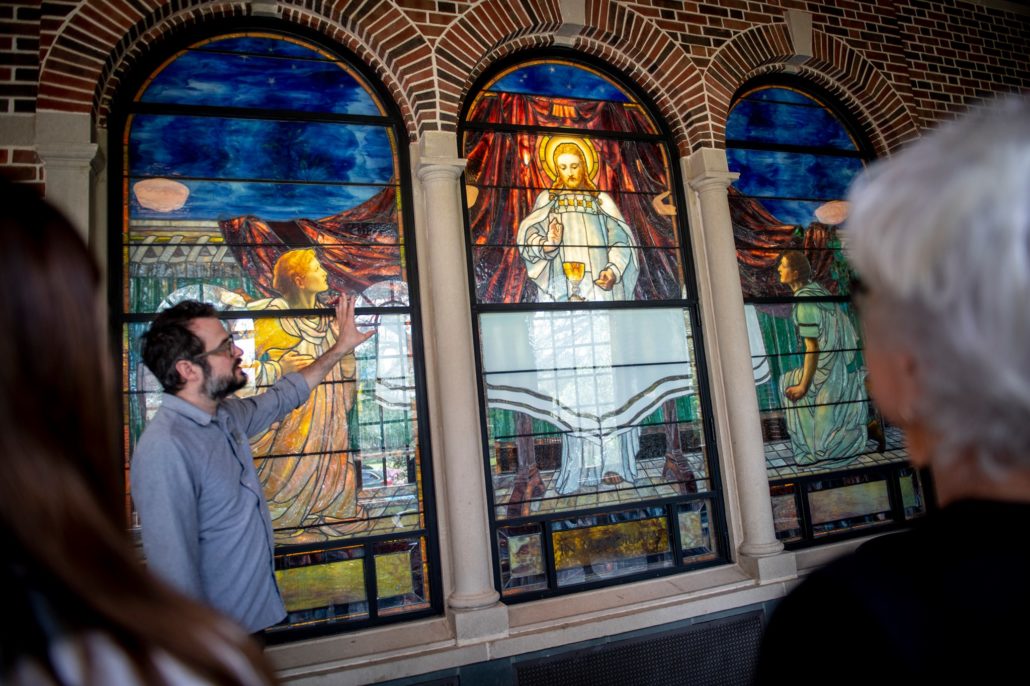 Works on Paper
We use cookies to ensure that we give you the best experience on our website. If you continue to use this site we will assume that you are happy with it.Ok
Scroll to top