This exhibition presents new work by KAWS, alongside pieces from his collection by two artists, Chicago-based Karl Wirsum and Japan-based Tomoo Gokita. This is the first time KAWS will show his works in this manner.

“Artists like KAWS surround themselves with works they deem interesting and instructive—even critical—to spark their own creativity,” noted museum director Mónica Ramírez-Montagut. “Their collections are as much a source of personal delight as they are a professional tool for informal study and examination, and a site for the ongoing exchange of ideas.”

For KAWS, collecting means living with artworks for his enjoyment and furthering a professional dialogue. “I think of collecting like building a library I can access and reference 24/7. I collect firstly for personal daily enjoyment but I also collect to fully comprehend as well as support the world I work and live in. Ultimately for me, understanding art and artists leads you to other art and artists. It’s a never-ending conversation, and it’s exciting.”

While the three artists’ works in this exhibition have few formal associations, KAWS as the collector, sees commonalities underlying Wirsum’s whimsical and brightly colored figures, Gokita’s sleek grayscale faceless portraits, and his own meticulous, brightly-colored paintings. Ramirez-Montagut explains, “This exhibition is a lyrical exercise in exploring the works’ points of contact as perceived by KAWS, despite their seeming dissimilarities. The viewer comes to see these artists’ mutual appreciation for popular culture, irreverent iconographies, humor, and impeccable craftsmanship together with a shared use of strong graphic forms that evoke visceral reactions.”

The exhibition features 17 works by KAWS including his sculptures and shaped canvases referencing pop-culture characters and COMPANION (PASSING THROUGH), a sixteen-foot-tall sculpture in the Newcomb Pottery Garden that employs several of the artist’s signature motifs such as its allusion to childhood characters and its inflated skulls with gloved hands covering its face. Also comprising the show are 26 works by Karl Wirsum including drawings, paintings, and sculptures from 1968 to 2011, as well as 9 faceless portraits and one sculpture by Tomoo Gokita.

Brooklyn-based, KAWS (1974- ) is considered one of the most relevant artists of his generation. Within the Pop Art tradition, he has created a prolific body of influential work that straddles the worlds of art and design including street art, graphic and product design, paintings, murals, and large-scale sculptures. KAWS developed a passion for popular culture in art and design early in life. He pursued his interests by studying illustration at the School of Visual Arts (SVA) in Manhattan in the early 1990s. By then he was already well versed in graffiti, having prolifically tagged walls and freight trains with the letters K A W S. The artist continued developing his vocabulary conceiving his soft skull with crossbones and crossed-out eyes, which would become a signature gesture. After college, he worked as a freelancer for animations studios, which further catalyzed his appropriation of iconic characters from popular culture and comic books. KAWS currently has a solo exhibition, “ALONG THE WAY” at the Brooklyn Museum, and is part of the outdoor group sculptural exhibition, ARTZUID, in Amsterdam, while a survey exhibition of his work will open at the Modern Art Museum of Fort Worth in the fall of 2016.

A life-long resident of Chicago and alumnus of the School of Art Institute of Chicago, Karl Wirsum (1939-) partipated in the late 1960s series of exhibitions titled Hairy Who that featured artists infamous for their wry humor and irreverence to established artistic conventions. Later identified as the Chicago Imagists, the group became known for its grotesque but nonetheless meticulously executed works. These artists looked at their gritty urban environment, as well as popular culture, folk art, and Surrealism for inspiration. Wirsum’s works also reveal influences of the era’s most iconoclastic musicians as well as Chicago’s diverse population. With wit and an expressive use of cartoonish, dynamic lines, dots, flat surfaces, and eclectic colors, Wirsum creates nearly abstracted hybridized figures that reveal traces of comic books, toys, and non-Western art. The works’ strong graphic nature and humor helps to mitigate their contrarian attitudes but still elicits a visceral reaction in viewers.

Born in Japan (1969-), Tomoo Gokita lives near Tokyo in the idyllic suburb of Chōfu. The pop-culture influenced artist is known for his enigmatic, monochromatic faceless portraits that are both figurative and abstract. Gokita readily admits that his childhood exposure to the body-conscious advertisements edited by his father for Japanese Playboy informs his works. His resistance to distinct facial features stems in part from his interest in the masking traditions of Mexican wrestlers. For Gokita, masks—particularly those worn by the “lucha libre” wrestlers—embolden wresters’ sense of self-fashioning and, in turn, excite viewers’ imaginations. 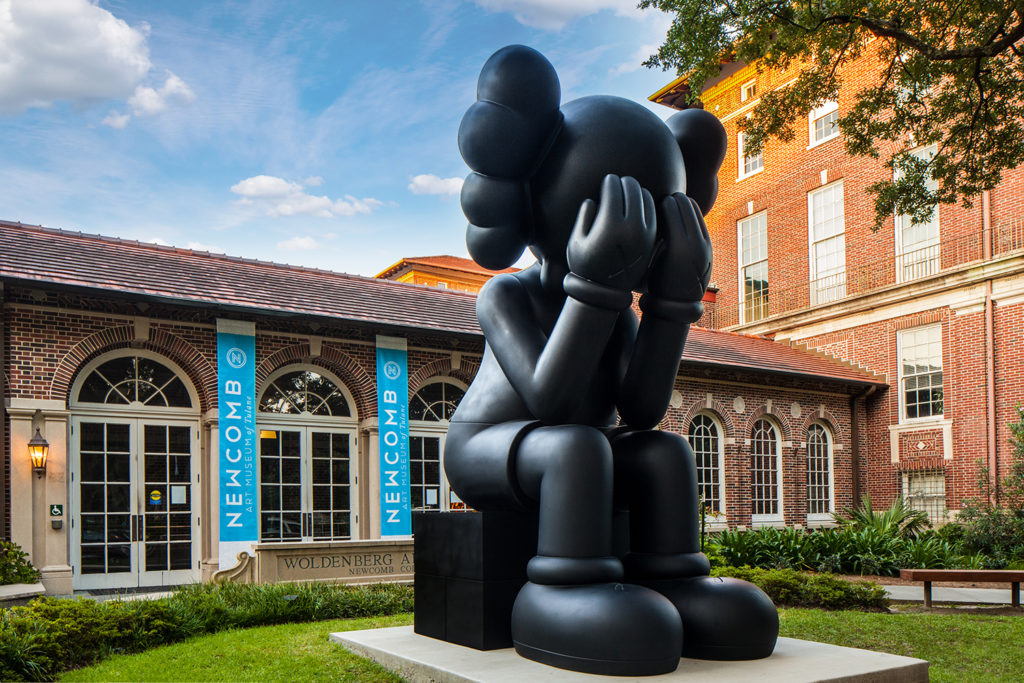 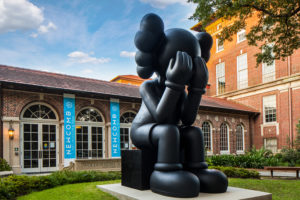 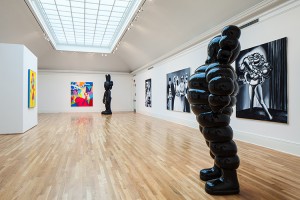 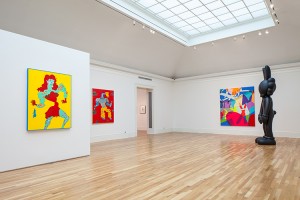 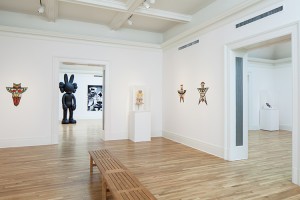 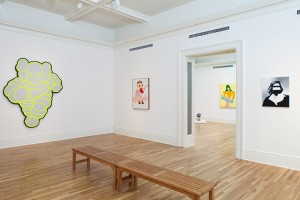 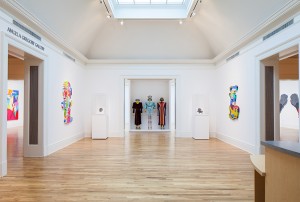 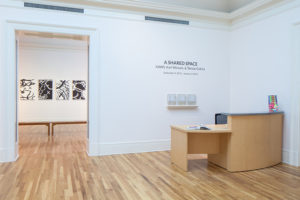 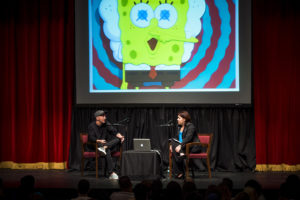 Tiffany Windows
We use cookies to ensure that we give you the best experience on our website. If you continue to use this site we will assume that you are happy with it.Ok
Scroll to top