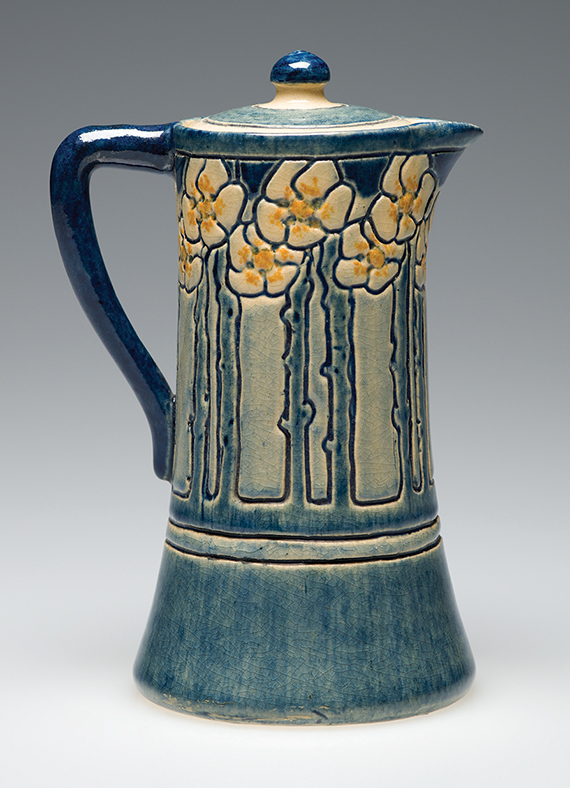 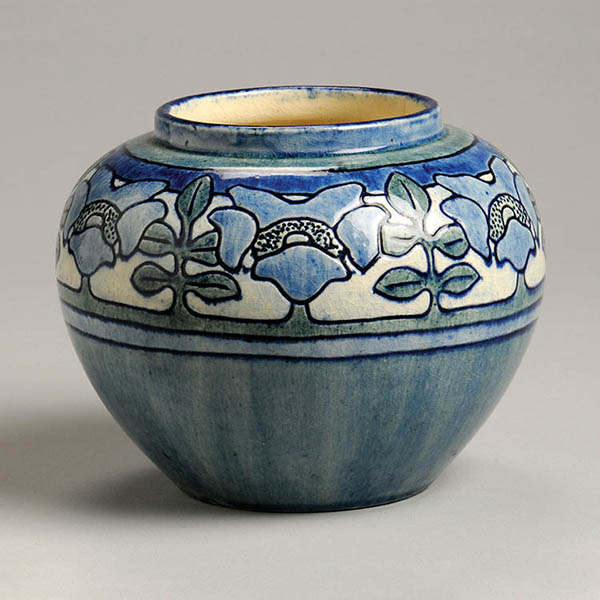 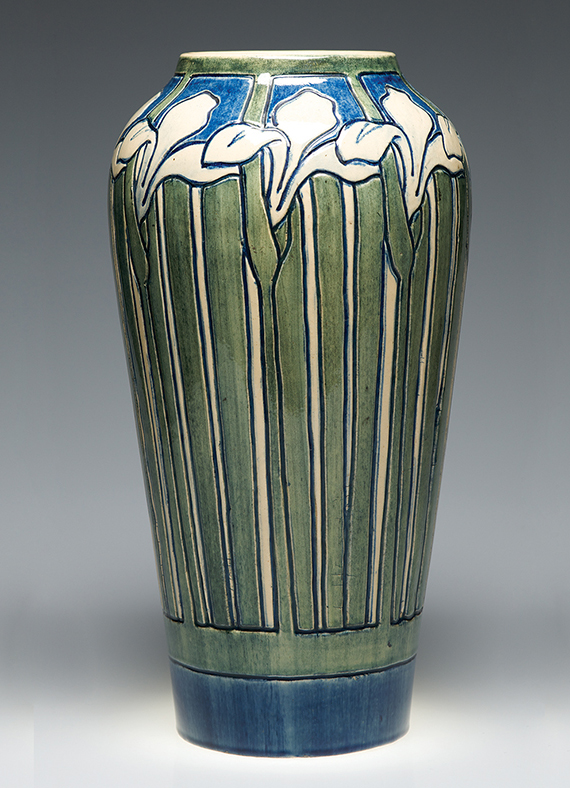 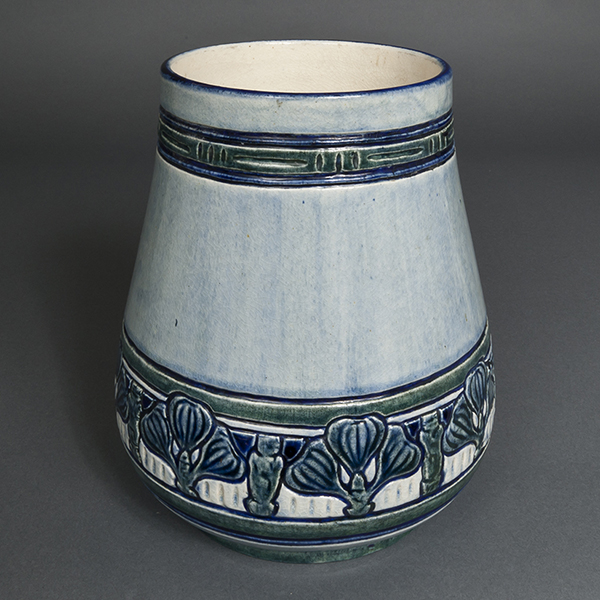 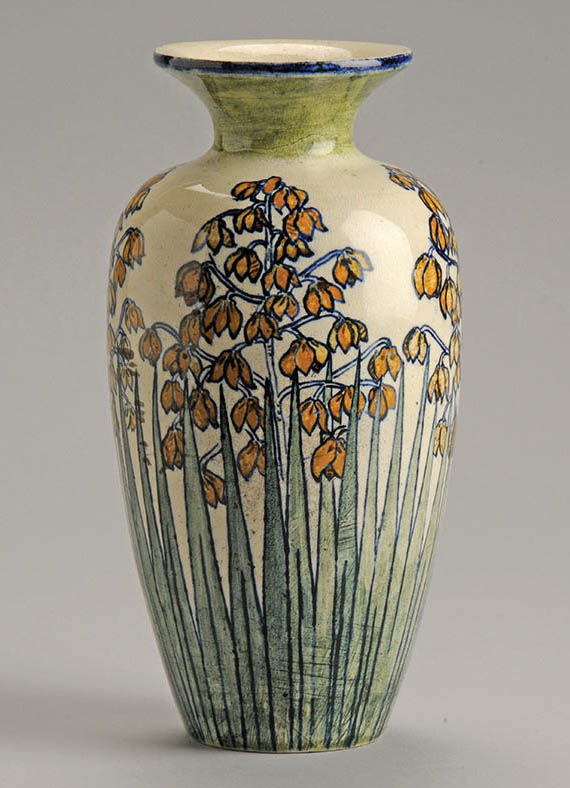 Newcomb Pottery is considered one of the most significant American art potteries of the first half of the twentieth century. Influenced by the English Arts and Crafts movement, Newcomb pottery was exhibited around the world, sold in shops on both coasts, and written about in art journals throughout the United States and Europe. Newcomb potters (always men) and designers (always women) were awarded eight medals at international exhibitions before 1916.

The Newcomb art curriculum, as well as and its utilitarian philosophy underlying it, were unique among art potteries and women’s colleges of the time. Josphine Louise Newcomb’s gift founding Newcomb College in 1886 stressed an education both “practical and literary.” The Art Department would become the focus of this institutional ideal.

Among the young faculty hired to develop Newcomb’s program of art education was Ellsworth Woodward, who brought with him traditions he learned at the Rhode Island School of Design. Woodward envisioned an ambitious program of vocational training for young women artists. Under his guidance, Newcomb Pottery was established in 1894 after Mary Given Sheerer arrived from Cincinnati to teach pottery and china decoration. Sheerer became a dedicated leader within the early Newcomb community and a respected authority on ceramics.

Based on the visions of Sheerer and Woodward, the distinct wares of Newcomb Pottery became well known in the art world of the day. The students and graduates worked with designs evocative of the American South, inspired by Louisiana flora and crafted from local and regional clay. As the twentieth century opened before them, some students moved towards developing more modern designs, yet still maintained the philosophy that no two pieces of pottery should be alike. During its nearly fifty years of operation, Newcomb Pottery provided employment to roughly ninety Newcomb graduates, and produced some 70,000 distinct pieces of work.

Newcomb Pottery Through the Years
Scroll to top