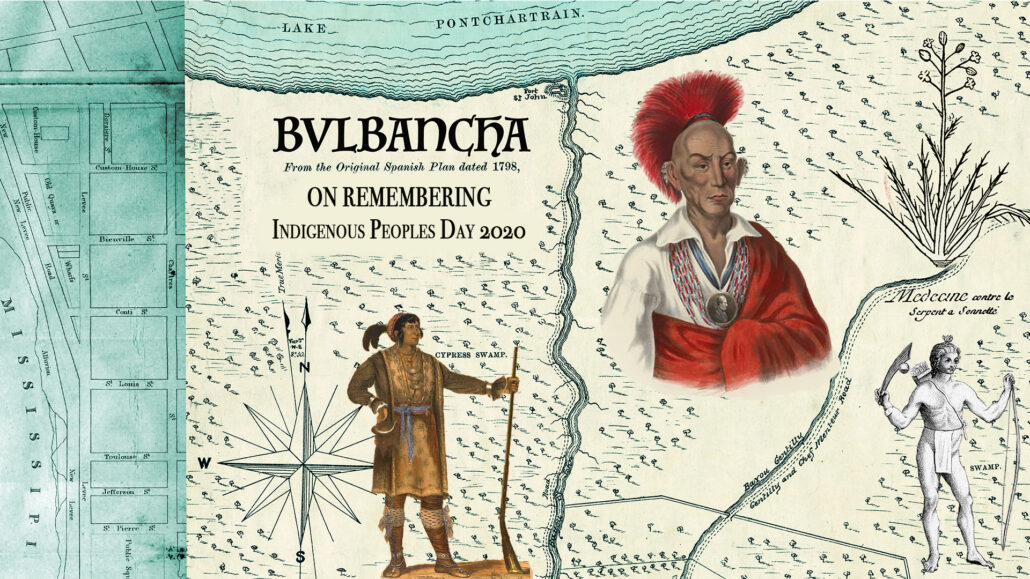 In honor of Indigenous Peoples Day, the Newcomb Art Museum in partnership with the New Orleans Center for the Gulf South will host a conversation between indigenous artist Monique Verdin, a citizen of the Houma Nation, director of the Land Memory Bank & Seed Exchange and a member of the Another Gulf Is Possible Collaborative, and Rachel Breunlin, Co-founder and Director of the Neighborhood Story Project, which will be filmed in an historic location. Anchored from work in NOT Supposed 2 BE Here and the Toni Morrison quote regarding water as memory, the two will discuss the planetary “power point” of the Mississippi River where it enters the Gulf of Mexico, as detailed in Verdin’s recent book “Return to Yakni Chitto: Houma Migrations.” Like water and good conversations, expect a meandering flow, actively recalling the past to fulfill the needs of the present while channeling the future and the horizontal point we must be prepared, eventually, to meet. The talk will feature a special reading by Raymond “Moose” Jackson.

Along with the talk, Newcomb Art Museum and the New Orleans Center for the Gulf South will present a pop-up exhibition – Return to Yakni Chitto by Monique Verdin featuring photographic panels and text commissioned by the Neighborhood Story Project – in the first floor of the Howard-Tilton Memorial Library from October 7 through 14. Click for more details about how to explore this incredible project.

This event is presented in partnership with the

Premiering Online Monday, October 12 at 10 am with a live zoom Q&A with the speakers at 6 pm

Bookmark this page, follow us on Facebook, or join our email list to receive the video when it drops. Email museum@tulane.edu to register for the live Q&A. 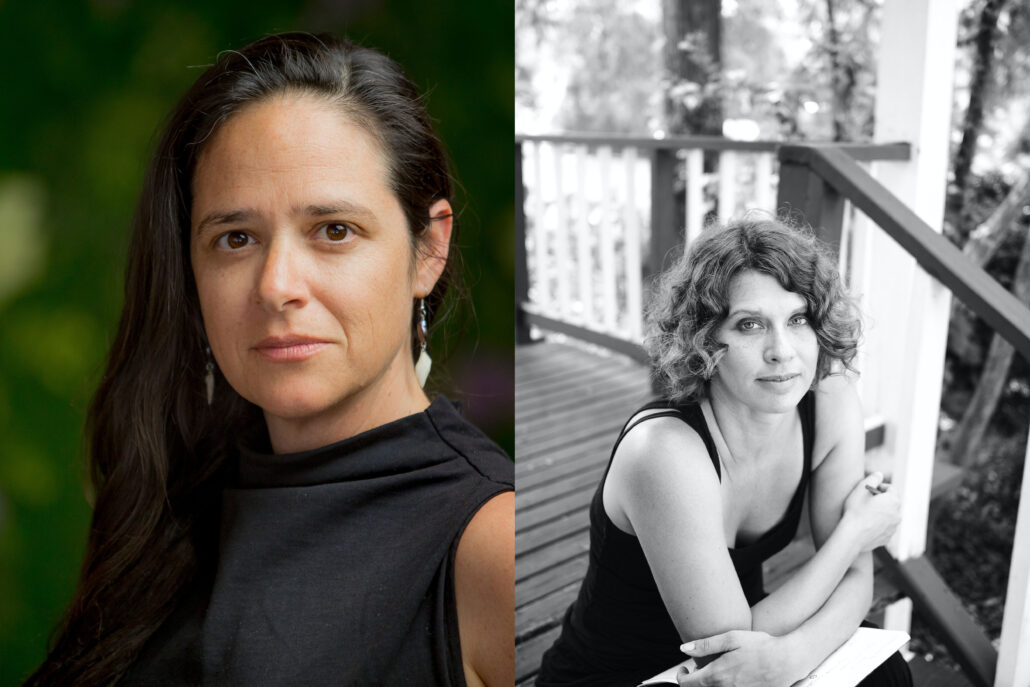 Monique Verdin is an interdisciplinary storyteller who documents the complex relationship between environment, culture, and climate in southeast Louisiana. She is a citizen of the Houma Nation, director of the Land Memory Bank & Seed Exchange and a member of the Another Gulf Is Possible Collaborative, working to envision just economies, vibrant communities, and sustainable ecologies. She is co-producer of the documentary My Louisiana Love and her work has been included in a variety of environmentally inspired projects, including the multiplatform performance Cry You One, Unfathomable City: A New Orleans Atlas, and the collaborative book Return to Yakni Chitto : Houma Migrations.

Rachel Breunlin is the co-founder and director of the Neighborhood Story Project, a collaborative ethnography organization that produces books, exhibits, and public programs to encourage cross-cultural dialogue and critical understandings of place. She is a professor of practice in the Department of Anthropology & Sociology at the University of Orleans where she has taught courses on public culture and storytelling for more than 15 years. She has written or edited more than 20 books, including Return to Yakni Chitto: Houma Migrations, by Monique Verdin. Her other published work can be found in journals such as American Anthropologist, Practicing Anthropology, African Arts, and the Smithsonian’s Folkways Magazine. She has recently co-edited a special issue of Genealogy, “Decolonizing Ways of Knowing: Heritage, Living Communities, and Indigenous Understandings of Place.” 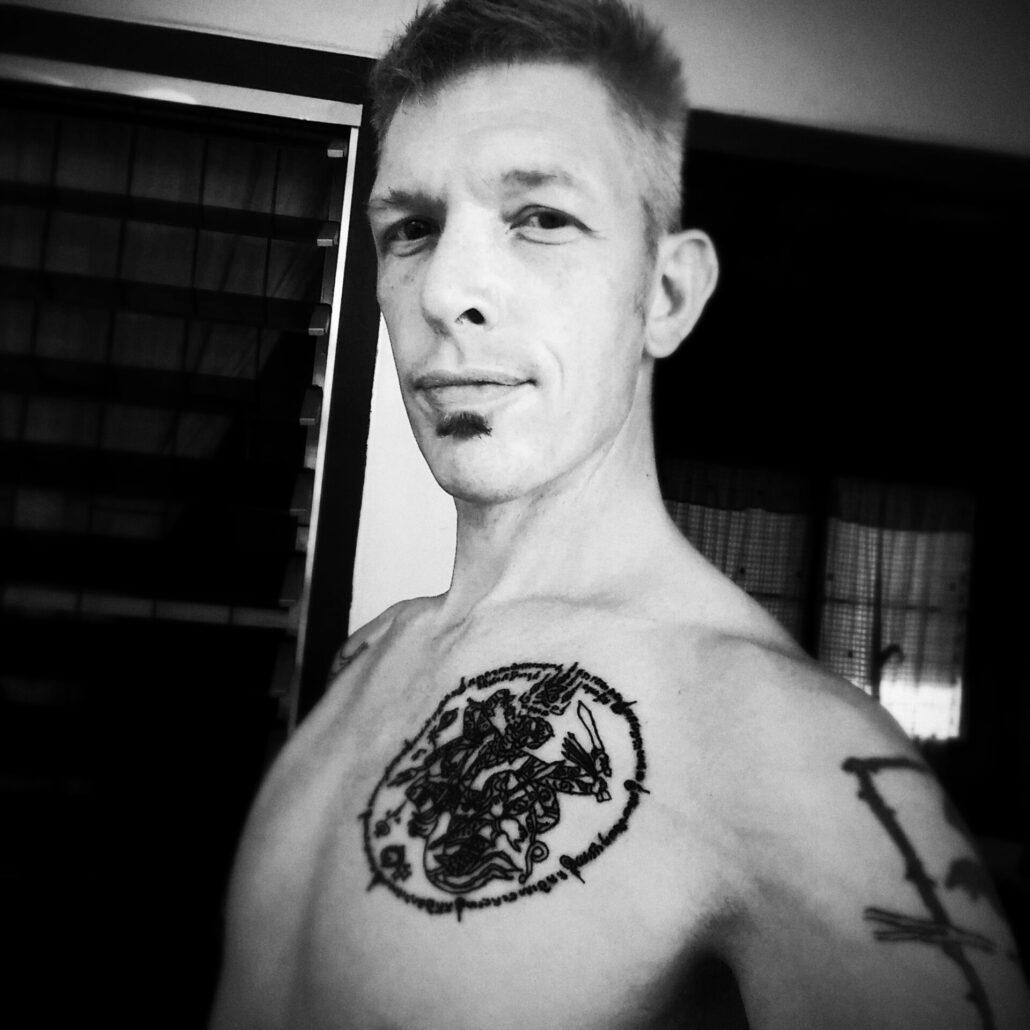 Raymond “Moose” Jackson is a writer and poet whose work has been applied to diverse settings that include live theater, festivals, rock and experimental jazz bands, literary programs and the street. Moose has performed poetry and music throughout the New Orleans in venues ranging from the French Market and Prospect.1 to the Milton Ladder branch of the New Orleans public library, Snug Harbor, and the State of the Nation festival.

A recipient of an artist residency at A Studio in the Woods, Moose collaborated in 2009 with ArtSpot Productions and Mondo Bizarro to write an epic poem about the Cajun legend of a werewolf known as the “Loup Garou.” He is also co-writer with Joanna Russo on their 2013 outdoor production Cry You One, a narrative that travels to the site of disappearing wetlands.

Among many varied projects and collaborations, Moose has additionally worked with Dakota Sioux poet Strong Buffalo at the headwaters of the Mississippi River in Minnesota on the completion of a series of ceremonial rituals meant to heal the river and carry the intentions of Gulf Coast residents to back its source with a symbolic release of blessed water.

Been Here: A Conversation with Mia X and Melissa A. Weber

By Leaps and Bounds: The Evolution of Black Student Activism at TU
Scroll to top