Reflections on Water in American Painting

An exhibition of fifty paintings that trace the country’s maritime and seaside history, Reflections on Water in American Painting, pays homage to America’s oceans, rivers, lakes, and harbors along with the ships that navigated them, the cities that depended on their steady flow, and the artists who found inspiration in the water’s dynamic colors and surfaces.

Spanning the period between 1828 to 1945, the exhibition opens with the earliest form of American maritime painting—the grand academic-style portraits of graceful sailing ships—and includes waterscapes from the sea to the lakes and rivers of the American heartland, light-flooded impressionist visions of quaint New England seaside towns, and modernist renderings of industrial waterfronts and everyday life on the water

The underlying theme of the exhibition reflects changes in American attitudes towards our most important resource—from the endless supply of water and land the first settlers found and the dominant role ships played in fostering growth and trade to the popularity of second homes and beaches and the change in port facilities from picturesque to industrial in the 20th century. It also subtly raises the question of what will happen to this resource in the 21st century.

This exhibition is organized and circulated by Exhibits Development Group, St. Paul, Minnesota. 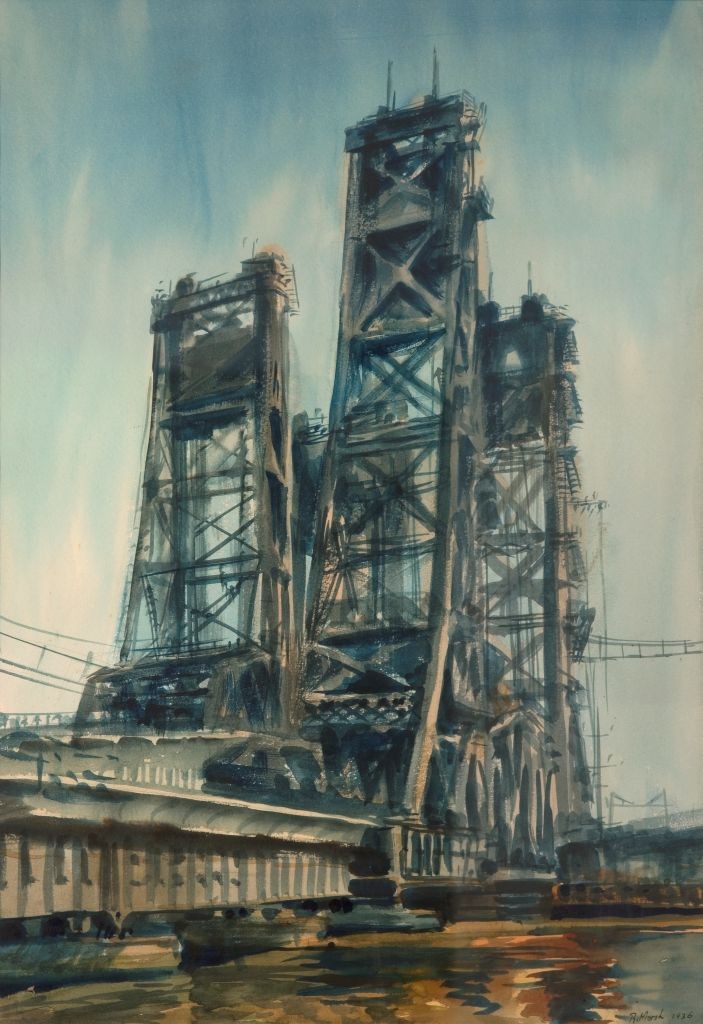 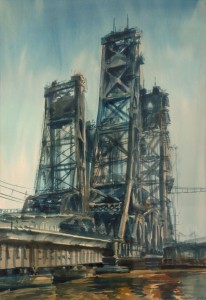 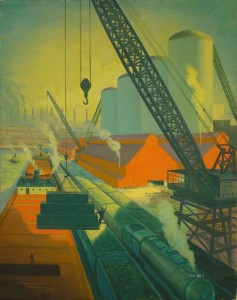 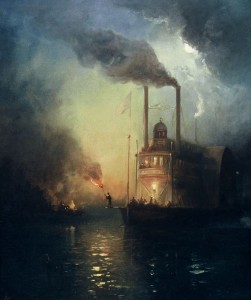 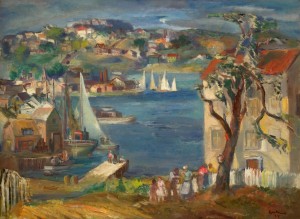 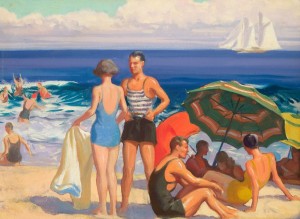 History of the Future
Scroll to top