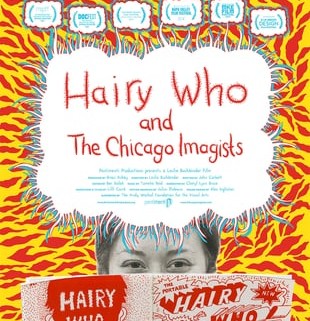 In conjunction with A Shared Space: KAWS, Karl Wirsum, and Tomoo Gokita, the museum is presenting a three-part film series.

Hairy Who & The Chicago Imagists is the story of the artists, including Karl Wirsum, who emerged from the catalyzing exhibitions at the Hyde Park Art Center from 1966-1973 who would come to be known as the Chicago Imagists. It brings to life the milieu of Chicago in the 1960s, and also showcases the legacy of the Imagists’ work in contemporary art production today, from Jeff Koons to Chris Ware. Themes in the narrative include the Imagists’ emergence within the national context of Abstract Expressionism and Pop Art, the rise and fall of taste within art history, and the uncharacteristic equality afforded to women artists among this Chicago group. Over forty interviews with the artists and a prominent group of critics, curators, collectors, and contemporary artists are featured, intertwined with a wealth of re-discovered archival footage and photographs.

We use cookies to ensure that we give you the best experience on our website. If you continue to use this site we will assume that you are happy with it.Ok
Scroll to top