Join us in celebrating the opening of First Folio! The Book That Gave Us Shakespeare with a jazz funeral for the Bard. Led by Dr. Michael White, this special parade will honor and remember the greatest playwright and poet the world has known.

Celebrating life at the moment of death, the traditional New Orleans jazz funeral is held when a prominent member of the community is “buried with music.”

The musicians, funeral directors, family, and friends of the dead make up what is called the first or main line, while the crowd marching behind is collectively known as the second line.

At the beginning, the band plays dirges, somber Christian hymns performed at a slow walking tempo. After the body is laid to rest, or “cut loose,” the band plays up-tempo music, the second liners begin dancing, and the funeral transforms into a street celebration.

by Matt Sakakeeny
modified, with permission of the author, from http://musicrising.tulane.edu 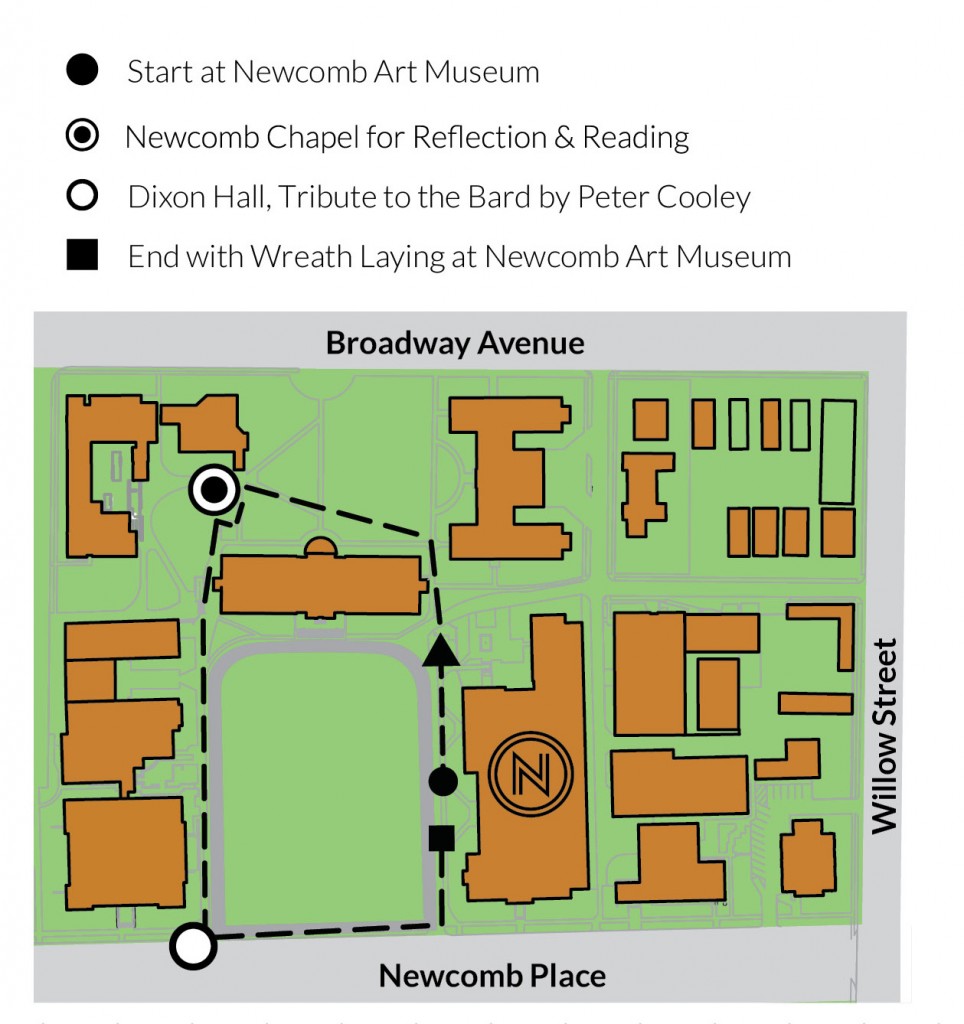