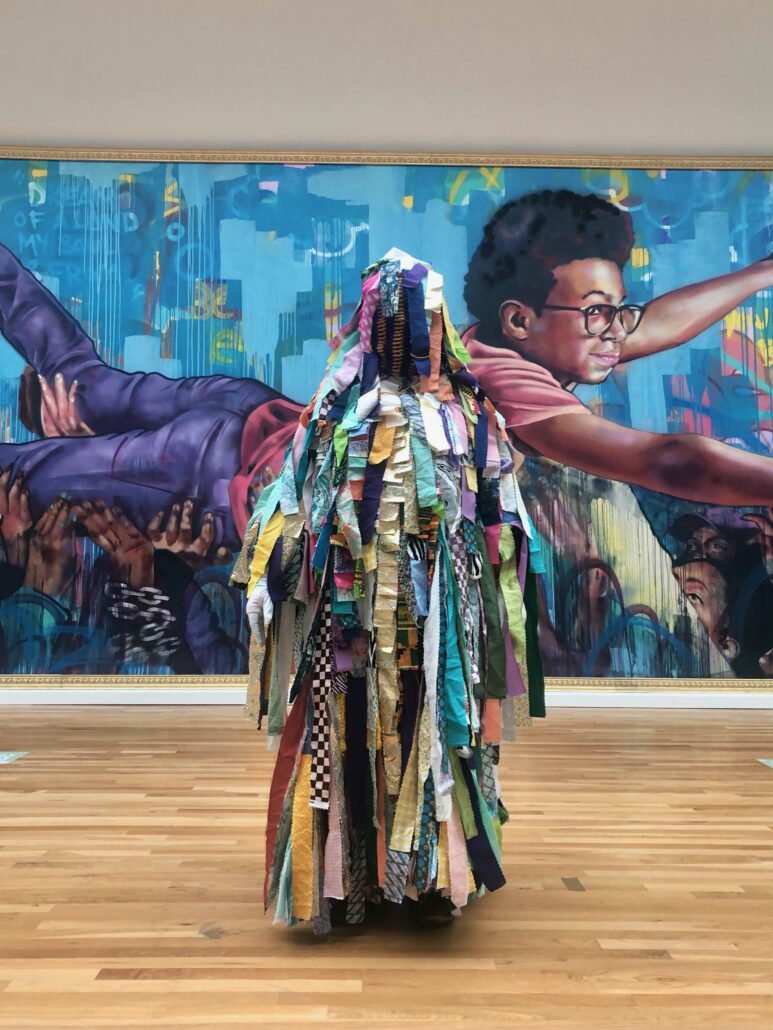 Throughout this fall the museum is inviting artists from different disciplines (poetry, performance, and music) to use their mediums to reinterpret the artwork and themes presented in our current exhibition, Bmike Odums: N̶O̶T̶ Supposed 2-Be Here. Released online, these new videos provide an engaging and powerful way to “revisit” the show and its impactful stories. On this occasion, Native New Orleanian Ifátùmínínú Bamgbàlà Ar̀ẹsà – multidisciplinary artist, will present Egúngún Wá which means “Come Ancestors” in Yorùbá. This performance and altar installation is inspired by the stories and themes presented in Bmike’s work. It is a call to the Ancestors of BIPOC New Orleanians asking them to come and help us fight for our city.
This performance features costuming from textile artist Kyoka Akers who was inspired by the Egúngún Masquerade in Yorùbáland, Nigeria and an original composition from sound installation artist Ifádáhùnsi Bamgbàlà Arẹ̀sà. All three artists are under the apprenticeship of Olòyé Ìyánifá Ifáṣèyí Bamgbàlà Olátúnjí-Arèsà, Director of Orí Counseling Services Ifá-Òrìṣà Education, Training & Development Academy. The piece was filmed and edited by Abdul Aziz.
Ifátùmínínú is an ordained and trained Traditional West Afrikan Ifá Priest, thus spirituality is a major theme in her work. She is known for advocating for BIPOC native New Orleanians, helping to preserve the culture of her city and working across the Afrikan diaspora in arts and education. Everything she does is Ancestrally led. You can find out more about her work at www.ifatumininu.com . 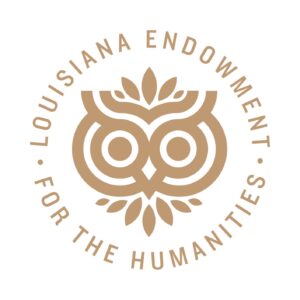 Ifátùmínínú Bamgbàlà Arẹ̀sà is a multidisciplinary artist with a background in education, film and performance art. Born and raised in New Orleans, Ifátùmínínú suppressed her creative side for a decade before moving to Tanzania where she was reborn. There, she directed A Thousand Needles, an award-winning film, co-founded a non-profit dedicated to creatives and traveled around the continent connecting with other artists.

As an ordained and trained traditional West Afrikan priestess, everything that Ifátùmínínú does is Ancestrally led. She expresses herself and her identity through her Ancestors who guided her back to their spirituality, a spirituality that was intentionally vilified and hidden from her. Those same powerful Ancestors called her back to New Orleans to do work on their behalf. This includes preserving their culture. As a result, she is one of the newest members of the New Orleans Baby Doll Ladies, a group dedicated to continuing the unique baby-doll masking tradition that began in 1912.

​Part of Ifátùmínínú’s Ancestor-led work is also to engage the public in the Greater New Orleans area in dialogue about the changing landscape and exploitation of post-Katrina New Orleans. She and Wendy Firven Smith co-curated and facilitated a panel series titled “How to Be a New Orleans Ally” with New Orleans Airlift. Since then, the two founded Changing Landscapes Consulting, a training and educational service that seeks to restore community trust by bringing awareness to the effects of the changing cultural landscape in the city.

Ifátùmínínú has also continued to collaborate with New Orleans Airlift. She recently co-curated and and directed a performance art piece called “Black New Orleans: A Lineage of Resistance” at the Contemporary Arts Center New Orleans for their tenth anniversary.

Ifátùmínínú recently began a monthly meet up for melanated folks entitled “A Black Creative’s Guide to Art Exhibitions” in which BLACK people convene in art institutions, take up space and have relaxed discourse about art from THEIR perspective.

​In addition, Ifátùmínínú founded Local New Orleans, a t-shirt line that expresses her views on such topics like gentrification and the colonization of African-American traditions within the city. 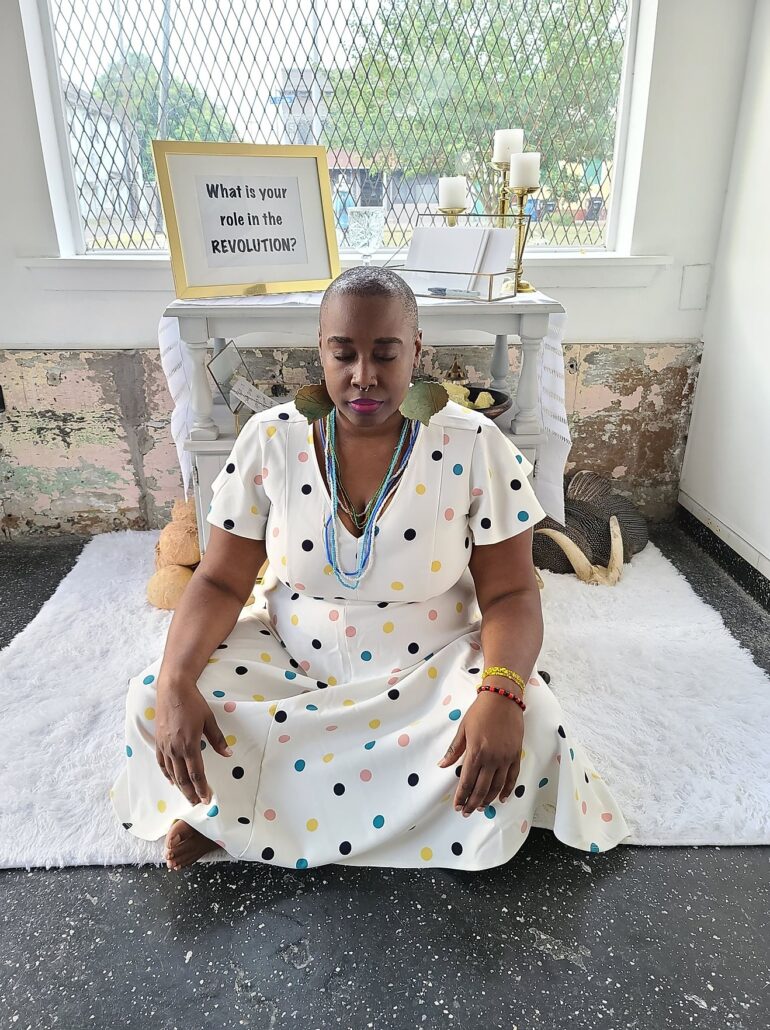 By Leaps and Bounds: The Evolution of Black Student Activism at TU