In an era accustomed to the transient, where ephemerality and immediacy have become commonplace, seven artists from Mexico choose to make clay-based works as a way of intersecting past and present. Their chosen material, the ancient medium of clay, requires patience, precision, and intimacy to be given shape, and it is through this process that the artists poetically materialize their intention of suspending and stopping time. They also build upon the collective histories of their chosen medium – clay as nature, clay as origin, clay as shelter, clay as dam, clay as vessel, clay as terra firma – and choose to play with those histories in their attempts to give the viewer pause while, simultaneously, addressing twenty-first-century aesthetics and concerns.

Clay in Transit is presented in collaboration with the Consulate of Mexico in New Orleans.

This exhibition is made possible through the generous support of Jennifer Wooster (NC ’91), Lora and Don Peters (A&S ’81), Newcomb College Institute of Tulane University, Ms. Valerie A. Besthoff, Andrew and Eva Martinez, and the Newcomb Art Museum advisory board.

Ana Gómez (b. 1973) creates works that integrate design, Conceptual art, and Participatory art. Encouraging reflection on consumerism, globalization, and mass media, her pieces function as archeological remnants of contemporary culture. She holds a BA in Graphic Design from the Universidad Autonoma del Noroeste and a Masters in Visual Arts from the Escuela Nacional de Artes Plásticas of the Universidad Nacional Autónoma de México. She has had solo exhibitions in Argentina and Mexico and has participated in more than 60 group exhibitions internationally.

Saúl Kaminer (b. 1952) is a multi-media artist whose practice includes sculpture, ceramics, and, most notably, painting. His oeuvre reflects the ancient cultures and diverse mythologies of his native Mexico as well as the influences of French Surrealism from his twenty-two years in Paris. He holds an architecture degree from the Universidad Nacional Autónoma de México where he focused on the pre-colonial cities Teotihuacan, Tula, and Tenochtitlán. Exhibiting in Mexico, the United States, France, and Spain, he has had more than 40 solo exhibitions.

Perla Krauze (b. 1953) is a sculptor, painter, and ceramist who investigates the relationship between identity and the physical environment. Comprised of found natural objects—stones, rocks, sticks—that are cast and then stacked or suspended, the works preserve and replicate forms in both nature and the urban landscape. Earning a BA from Mexico’s Escuela de Artes Plástica de San Carlos, Krauze moved to London where she received a diploma in textiles from Goldsmith College and an MA in fine arts, painting, and sculpture from Chelsea College.

María José Lavín (b. 1957) explores and reinterprets the classical Venus figure using diverse materials such as plaster, leather, paper, felt, and mud. Her works often draw from the texts of contemporary Mexican women writers, transforming words into three-dimensional space. Lavín studied at the National School of Plastic Arts of San Carlos and later at The Circle of Fine Arts in Madrid. She has participated in more than 30 solo and group exhibitions, in Mexico and abroad.

María José de la Macorra (b. 1964) works across diverse media including drawing, embroidery, sculpture, installation, and video. Her work reveals an abiding concern for the processes and forms of nature, especially its dynamic spatial and material configurations. De la Macorra studied at the Toluca Ceramics and Porcelain School and the Escuela Nacional de Artes Plásticas of the National University of Mexico. She has had solo exhibitions in Mexico, Australia, Canada, China, Japan, the United States, and New Zealand.

Gustavo Pérez (b. 1950) creates abstract, minimalist works of sand-colored stoneware with carefully incised lines and geometrical patterns. At once ancient and modern, the ceramics reflect the artist’s early studies in engineering, mathematics, and philosophy. Pérez attended the Design and Crafts School in Mexico City and has exhibited widely in Mexico and also in the United States, Cuba, Japan, Korea, Canada, and throughout northern Europe. Since 1994, he has been a member of the prestigious International Academy of Ceramics and is now serves on its board.

Paloma Torres (b. 1960) focuses her work on the urban landscape, especially Mexico City. Creating large columns and other architectural forms, she examines the societal consequences of the metropolis’ expansive growth and loss of green space. Torres attended the the National School of Visual Arts at the Universidad Nacional Autónoma de México, receiving her BA in Visual Arts and an MA in color engraving. She has participated in more than one hundred exhibitions in Mexico and abroad. 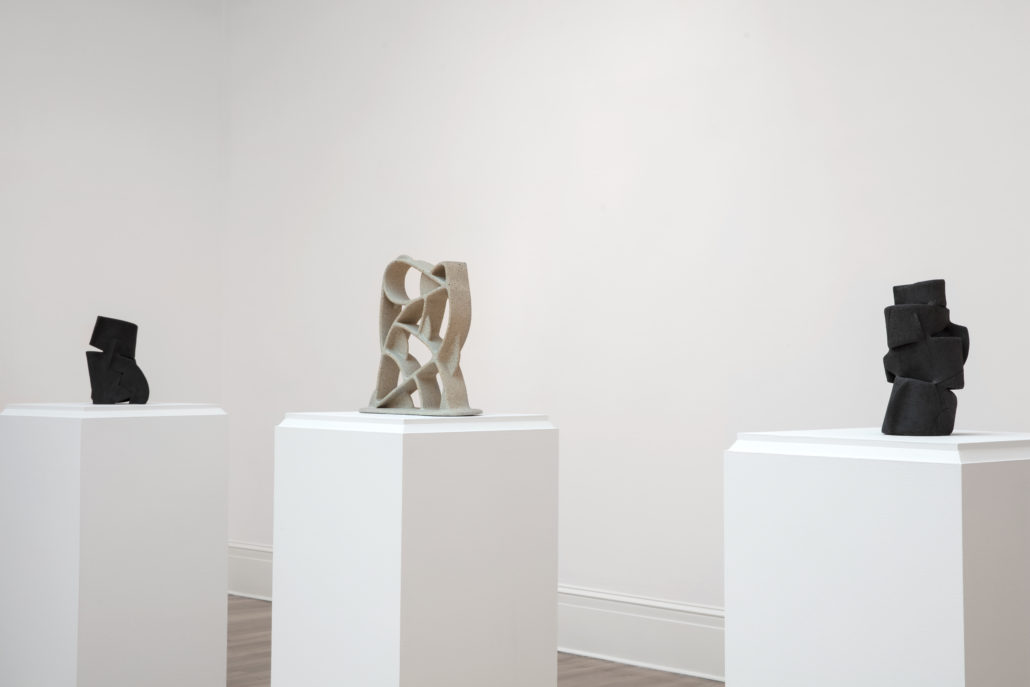 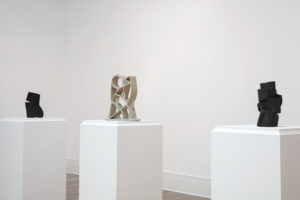 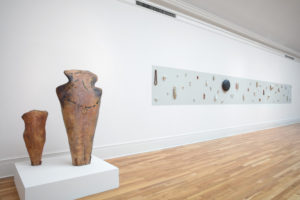 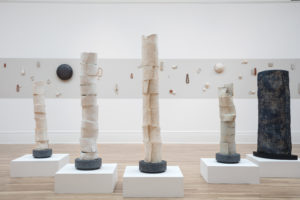 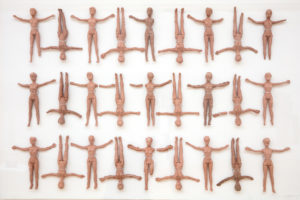 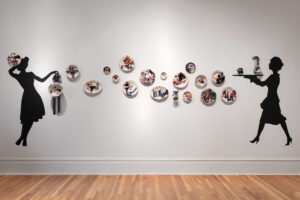 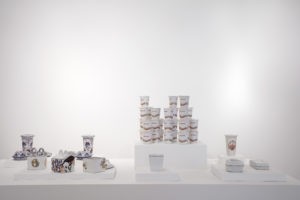 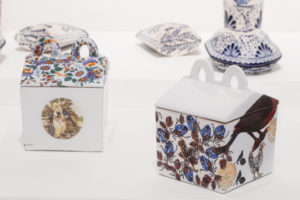 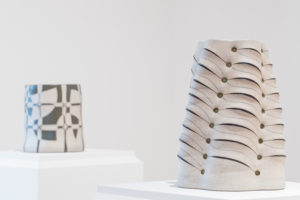 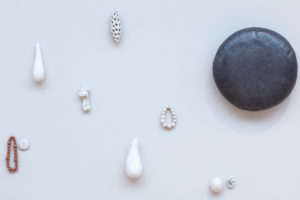 Empire
We use cookies to ensure that we give you the best experience on our website. If you continue to use this site we will assume that you are happy with it.Ok
Scroll to top