Celebrating the New Orleans tricentennial, EMPIRE is an art installation by Los Angeles based artists Fallen Fruit (David Allen Burns and Austin Young) commissioned and presented by Newcomb Art Museum, A Studio in the Woods, and Pelican Bomb. Through the assembly of over 400 objects, the artists transformed the entire museum into one immersive artwork that explores the history of people and place in terms of cultural legacy, historical narrative, and social constructs.

EMPIRE critically examines the principles of archives and anthropology to interrogate the ways histories are told, remembered, and revised. The immersive artwork considers the historical and contemporary effects that colonialism, slavery, trade, and tourism have had on the movement of culture across and beyond borders to better understand the geographic and cultural position of New Orleans in relationship to Africa, the Caribbean, and Latin America. EMPIRE invites viewers to creatively interpret the displayed objects, their connections, and their juxtapositions to generate new meanings.

Fallen Fruit is an art collaboration originally conceived in 2004 by David Burns, Matias Viegener and Austin Young. Since 2013, David and Austin have continued the collaborative work.

Fallen Fruit is a collaborative art project that began in Los Angeles in 2004 by making maps of “public fruit” – fruit that grows on or over public property. Since this time the projects have expanded to include diverse site-specific artworks that embrace public participation, temporary art installations, and social media focused public participatory actions. Fallen Fruit’s artworks encourage the public to experience their city as a fruitful, generous place, inviting people to engage in sharing and collectively explore the meaning of community and collaboration. Recent exhibition projects include commissioned works by LACMA, Manifesta 12, Queensland Art Gallery/Gallery of Modern Art, Athens Biennale, Prospect 3+, Bemis Center for Contemporary Art, Portland Art Museum, Wexner Center for the Arts, among others. Fallen Fruit was originally conceived by David Burns, Matias Viegener, and Austin Young. Since 2013, David and Austin have continued the collaborative work. Fallen Fruit activates public spaces and public archives to explore the meanings of how we imagine the world around us.

David Burns is a life-long Californian and lives and works in both Southern California Desert (near Joshua Tree) and in Puerto Vallarta, Mexico. He received an MFA in Studio Arts from UC Irvine and a BFA from California Institute of the Arts. David is co-founder of the collaborative art project Fallen Fruit, a contemporary art duo that uses concepts, actions, and objects from “the public realm” as material for creating contemporary art projects that investigate the boundaries of what is public and private. These include urban geographies, historical archives, and time-based media. Prior to his work with Fallen Fruit, David was core faculty in 2 different programs at CalArts from 1994 to 2008 and also was visiting faculty in Social Practice at California College of the Arts from 2012 to 2015. David’s practice also investigates narrative structures in contemporary art with notable curatorial projects for Leonardo at MIT, The Armory Center for the Arts and Los Angeles Contemporary Exhibitions. David’s work activates nuances of social spaces, public archives and cultural indexes as a material that negotiations mythologies and narratives which reframe time-based understanding of the world. Concurrent to the development of his career in contemporary art and academics, David’s early work in digital technology and social media developed strategies for corporate branding, advertising and television as for projects with Mercedes Benz, Discovery Channel, SEGA Gameworks and more.

Austin Young is from Reno, Nevada and currently lives and works in Los Angeles. The foundation of his career is from studying at Parsons in Paris. Early in his career, Austin transferred his interests from traditional portrait painting towards a long celebrated career in portrait photography. In many ways, Austin is more accurately described as an image-maker: his projects illustrate the sublime qualities of character that make celebrated people unique. Based on a nuanced visual language of pop-culture iconography, his trademark style and techniques have captured a broad palette of musicians, artists, and celebrities including Debbie Harry, Leigh Bowery, and Margaret Cho, among others. In multiple bodies of work, Austin confuses personality and identity issues in confrontational and unapologetic image making about people who often split gender roles, stereotypical constraints, and socially-constructed identities. Currently, Austin is self-producing a feature film crowd-sourced musical titled “TBD,” a musical play and film project that is co-created by everyone who participates. Austin is also a co-founder of Fallen Fruit, a contemporary art collective that uses fruit as a material for projects that investigate the hyper-synergistic qualities of collaboration. Austin Young creates works of art that are transgressive about subjective qualities and emboldens prescribed meaning with an acute focus on honesty and narrative representations of the real. 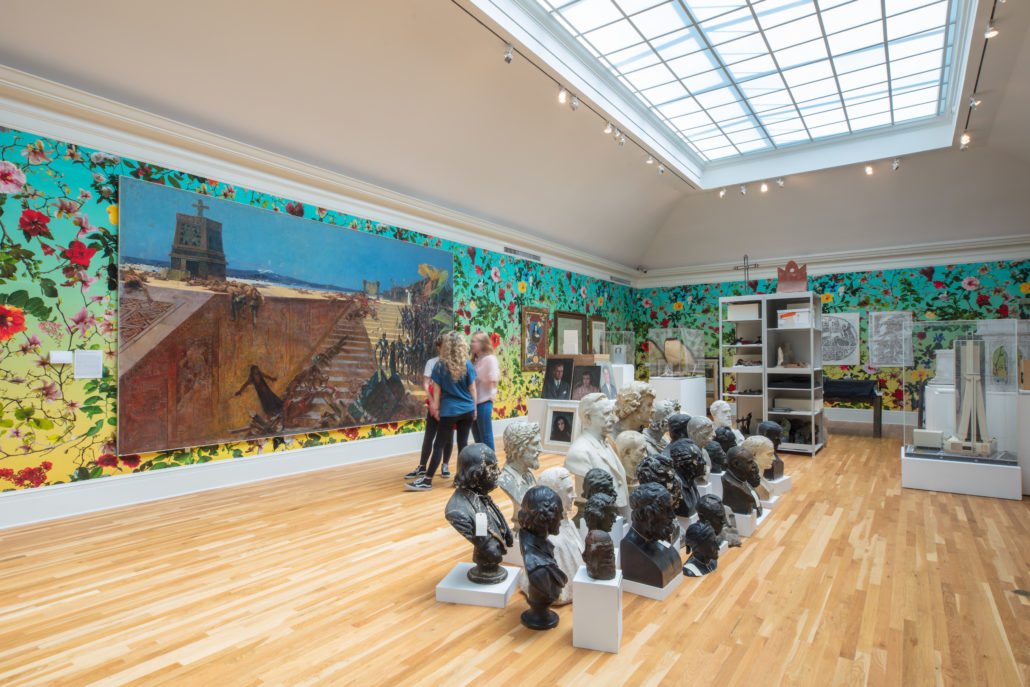 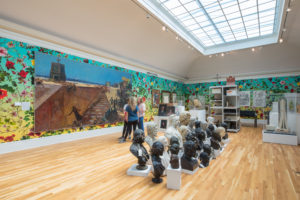 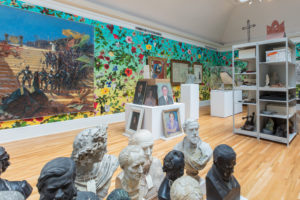 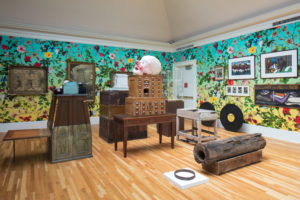 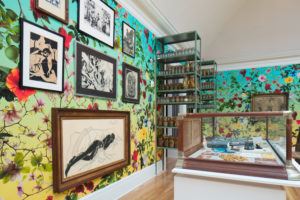 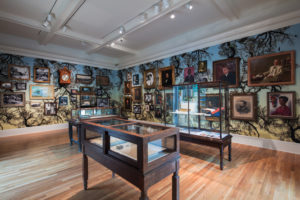 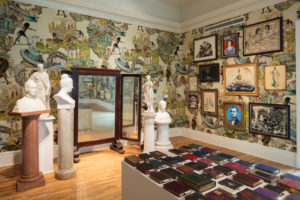 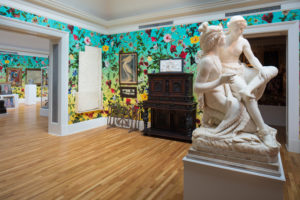 Clay in Place: Highlights from the Collection
Scroll to top