All Is Not Lost

Patricia Cronin: All is Not Lost presents the complete works from the Harriet Hosmer: Lost and Found watercolor series (2004-2009) alongside the marble sculpture Memorial To A Marriage (2002) from one of America’s foremost contemporary artists. Utilizing traditional media and neoclassical idioms, the two groundbreaking projects intersect ideas of memory, the recovery and writing of women’s history, and contemporary discourses about gay and lesbian representation.

Helen Molesworth, Chief Curator of the Institute of Contemporary Art/Boston and essayist for the show’s catalogue observes, “Patricia Cronin’s work traffics in love and death, and in the intimate relations between these two structuring poles of human existence. The exhibition All is Not Lost brings together the two projects that best exemplify these concerns.”

The Harriet Hosmer series of sixty-five watercolors, never before seen in its entirety, offers a catalogue raisonné for the expatriate American sculptor (1830-1908). Cronin’s representations capture Hosmer’s historical, mythological, and literary subjects, as well as the luminosity of the marble carvings. For sculptures that were never photographed, Cronin painted what she calls “ghosts”—vague, ethereal images of works that are otherwise lost to art history.

The three-ton Memorial to a Marriage depicts two female figures, intertwined in an eternal embrace. Originally installed in New York City’s Woodlawn Cemetery, the sculpture was made a decade before Cronin and her partner Deborah Kass were granted the right to marry in their home state of New York.

The exhibition is accompanied by a hardcover color catalogue with essays by Helen Moleworth, Chief Curator of the Institute of Contemporary Art/Boston, and Alexander Nemerov, the Vincent Scully Professor of the History of Art at Yale University. 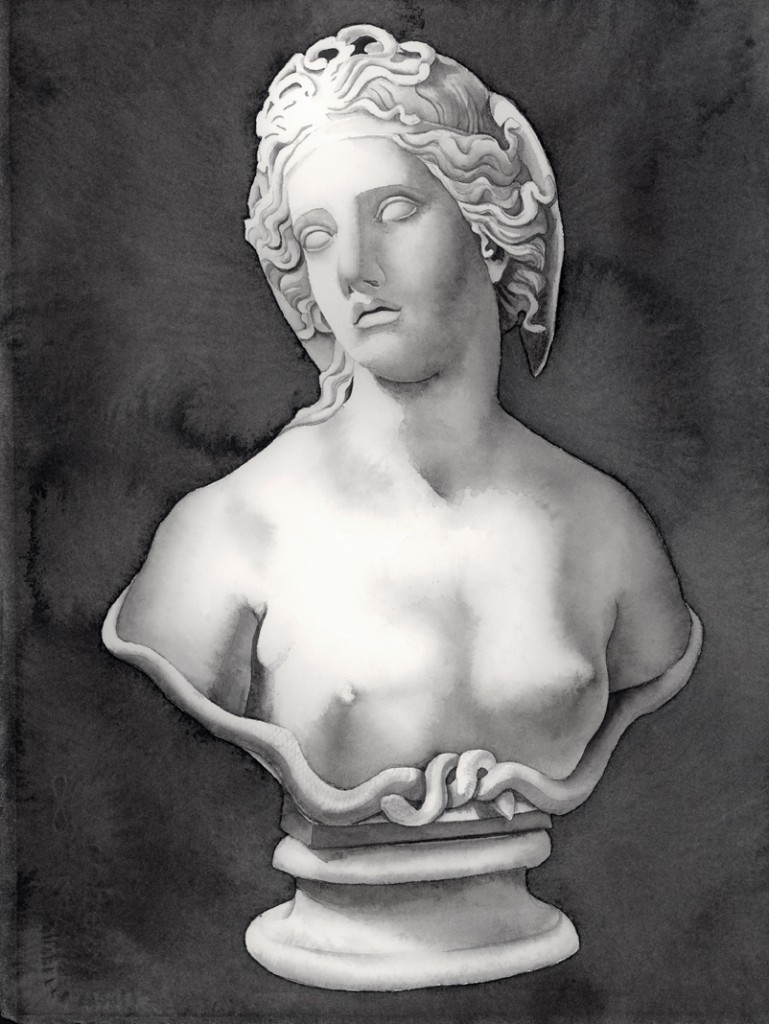 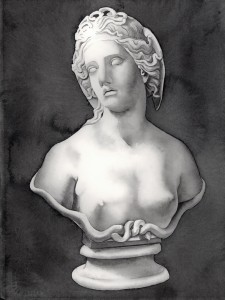 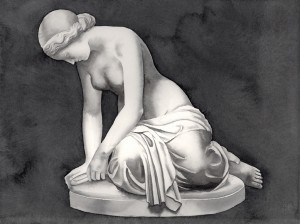 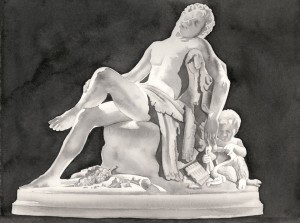 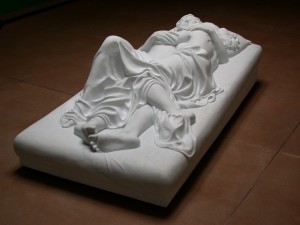 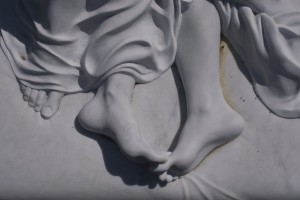