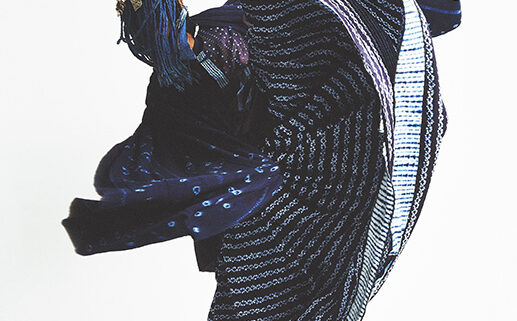 In this virtual program, presented in partnership with The Phyllis M. Taylor Center for Social Innovation and Design Thinking at Tulane and moderated by Dr. Lesley Ann Noel; Brent Godfrey (Crescent City Corps), Ameca Reali (Law For Black Lives), and Christopher Rabb (Pennsylvania state House of Representatives) will respond to ideas presented in Anderson Barbata’s Intervention: Indigo which addresses, from an intercultural perspective, the symbolism of protection embodied by the color blue. Using design thinking strategies to address the harms of over-policing, this discussion opens an transdisciplinary conversation that includes perspectives on public law enforcement, behavioral health, the Movement for Black Lives, and US history to posit a future of public safety. Watch this past event here: https://vimeo.com/516531566 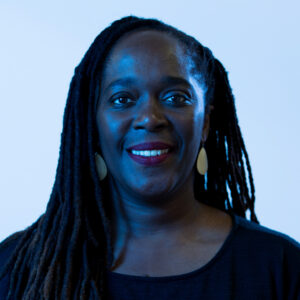 Before joining Taylor, Noel was part of the 2018-2019 Ocean Design Teaching Fellowship, a cohort of fellows that brought deep experience in design, ocean science and international policy. The Ocean Design Teaching Fellow program is co-hosted with the Stanford d.school, where she also served as a lecturer. In her professional practice, she draws on the fields of design, anthropology, business and education to create product development and business strategy with stakeholders. Her research practice is guided by an emancipatory philosophy. Noel focuses on developing design curriculum for non-traditional audiences and promoting the work of designers outside of Europe and North America. She has exhibited work at design exhibitions in Trinidad & Tobago, Jamaica, Brazil, Germany, France and the USA. She has presented peer-reviewed papers at design conferences in the Caribbean, the US, the UK and India.

Noel completed her Ph.D. in Design at North Carolina State University in 2018. Her Ph.D. research focused on design thinking at a rural primary school in Trinidad and Tobago. She also holds a master’s degree in business administration from the University of the West Indies and a bacharelado (equivalent to bachelor’s degree) in industrial design from Universidade Federal do Paraná. Lesley-Ann is a former Fulbright Scholar and a lecturer at the University of the West Indies, St. Augustine Campus in Trinidad and Tobago. 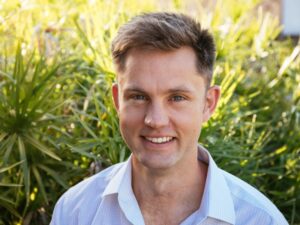 Brent Godfrey has dedicated his life to public service and is deeply passionate about helping others find their own call to serve. As a former firefighter for the New Orleans Fire Department and executive director of the Crescent City Corps, he is working to build a movement of first responders who are committed to reimagining public safety. Also a veteran, Brent served as an intelligence officer, developed and taught curriculum to future naval leaders and was a strategist for the Joint Chiefs of Staff. Brent is a graduate of Yale University and a current JD Candidate at the Yale Law School.

Chris Rabb is a father, educator, author, consultant, and member of the Pennsylvania House of Representative representing roughly 65,000 people in upper northwest Philadelphia. A former U.S. Senate legislative aide and writer, researcher and trainer at the White House Conference on Small Business in the Clinton administration, Rabb is a thought leader at the intersection of politics, media entrepreneurship and social identity. 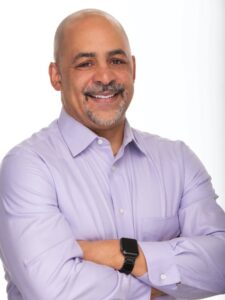 While a visiting researcher at Princeton University, Rabb wrote the ground-breaking book, Invisible Capital: How Unseen Forces Shape Entrepreneurial Opportunity (2010) which addresses modern U.S. entrepreneurship through the lens of structural inequality. In 2011, Rabb was recruited to teach at Temple University Fox School of Business where he was the Social Impact Fellow at the Innovation and Entrepreneurship Institute and taught social entrepreneurship and organizational innovation. In his fourth year of teaching at Temple, Rep. Rabb helped to successfully unionize 1,500 fellow adjunct professors in a landslide victory for worker rights. He was also a long-time board member of the national racial justice think tank, Race Forward, and the oldest Black, family-owned newspaper in the U.S., the Baltimore Afro-American Newspaper Company, founded by his great-great grandfather in 1892.

In 2018, Rep. Rabb successfully created the first of its kind Equity Committee within the Pennsylvania House Democratic Caucus and is its founding chair which evaluates and makes recommendations regarding social equity issues related to policy, membership, personnel, legal, procurement, communications and appropriations.

A graduate of Yale College and the University of Pennsylvania, Rep. Rabb is a native of Chicago and an avid family historian and genealogist. 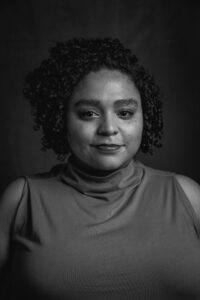 Ameca Reali is presently the Membership Director at Law For Black Lives, a Black femme-led national network of more than 5,000 radical lawyers and legal workers committed to building a responsive legal infrastructure for movement organizations and cultivating a community of legal advocates trained in movement lawyering. Law For Black Lives staff is a team of strong Black and Latinx femmes who are deeply committed to supporting the leadership of directly impacted communities and transforming the legal field to represent the values of movement lawyering, which are centered in building community power and democratizing the law.

Ameca is a dedicated and entrepreneurial advocate for freedom and justice who is deeply inspired by her family and the philosophies of women like Ella Baker and bell hooks. Ameca has been working with people in Louisiana to create sustainable, thriving communities that are safe for everyone for over 10 years. She served as a Programs Officer and then Director of Economic Justice Programs at the Foundation for Louisiana for 3 years. There she oversaw the creation of a funding strategy for statewide grant-making and programs with a focus on criminal justice reform, housing, public health, arts and culture. Her work included supporting the development of numerous coalitions advocating for a vision of safety beyond cops, cages, and punitive systems.

Ameca co-founded the Justice and Accountability Center in 2011 as an Echoing Green Fellow. JAC developed a mobile expungement clinic model to address and eliminate some of the collateral consequences of arrest and conviction for thousands of people across Louisiana. She earned a B.A. in Communication from the State University of New York at Buffalo in 2006 and a J.D. from Loyola University New Orleans College of Law in 2011. In her free time Ameca loves to create costumes, craft, cook and go on long walks with her two dogs Prince and Rufus.

Additional Topical Resources Compiled by the Panelists and Moderator: