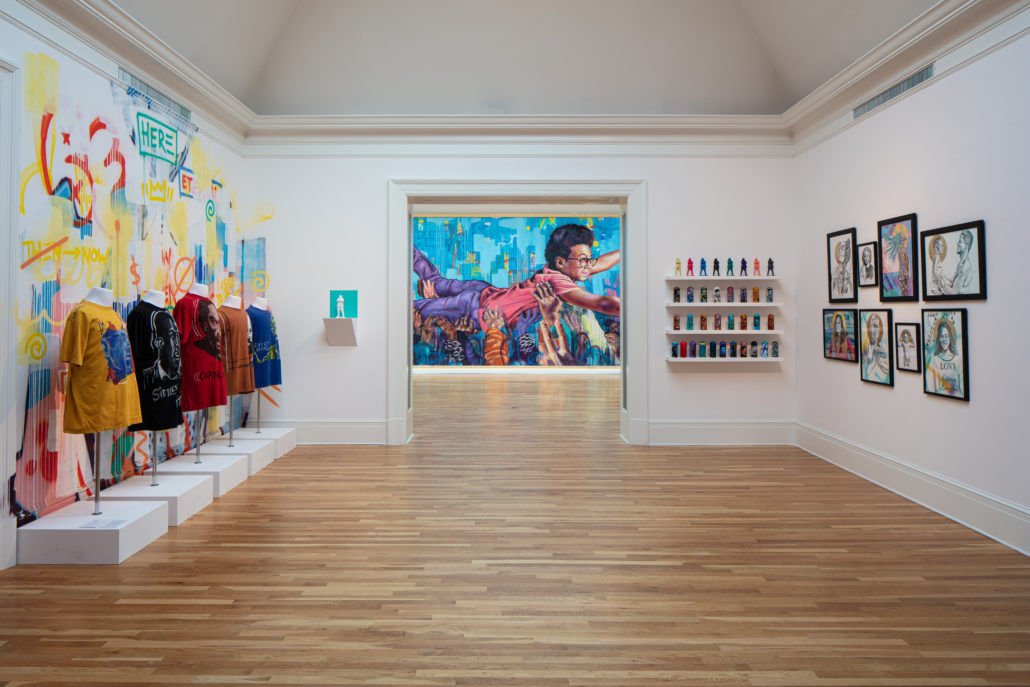 Celebrated for his post-Katrina urban art-interventions – such as Project BE (2013) presented in the former Florida Housing Development, and the cinéma vérité New Orleans for Sale (2008) created with 2-Cent Entertainment – Brandan “Bmike” Odums crafts messages of social-consciousness that unfold as pedagogy, street art, and pop-culture. Supposed 2-BE Here, the first solo show for Bmike in a museum setting, addresses the idea of who or what kind of art belongs in a museum, offering four different takes on inclusion – drawn across the historical notions of art, race, place, and accessibility. The works presented wrestle with themes of heroism, cultural identity, and Blackness, as well as our region’s present-day ecological reality. Part retrospective and part futurescape, Supposed 2-BE Here features bold histories –and even bolder futures– as Bmike explores the notion of art as alchemy.

Sponsored in part by

a Community Partnership Grant from the New Orleans Jazz and Heritage Foundation; with Educational Sponsorship from The Helis Foundation

Supposed 2 BE Here is the first solo exhibition in a museum setting for Brandan “Bmike” Odums.

Click to take a 3D tour of the exhibition.

Widely known and celebrated for his post-Katrina art interventions that disrupt public spaces with messages of resilience and resistance, over the past 15 years Odums’ practice has resulted in video art, painting, design, murals, and sculptures that strategically challenge the status quo, using crowdsourced creativity to bring attention to legacies of urban blight, civil rights, family and racial dynamics. Engaging narratives of unsung heroes, fantasy and parody, the New Orleans’ native’s work skates a line at the edge of pedagogy, street art, and pop-culture.

Supposed 2-Be Here, which features brand new site-specific installations, as well as past work, is part retrospective and part futurescape. Addressing the question of who or what kind of art belongs in a museum, the show explores four different takes on inclusion and identity drawn across notions of art, race, place, and accessibility.

These themes take form as colossal paintings, sculpture, mixed media, and immersive installations – from one room that reckons with the spiritual impact of Katrina to another room that honors local legends from New Orleans Access Television (NOATV) and pays homage to Odums’ early roots in film and television during his time with 2-Cent Entertainment. The thread of questioning identity continues throughout the exhibition as Odums’ wrestles with such concepts as Black power, the definition of Blackness, and the responsibility of the artist to his audience and community. Supposed 2-Be Here is a chance for audiences to envision and engage with the bold histories –and futures– that Odums’ work encapsulates, and explore the alchemy of one of New Orleans’ most prominent, contemporary visual artists. 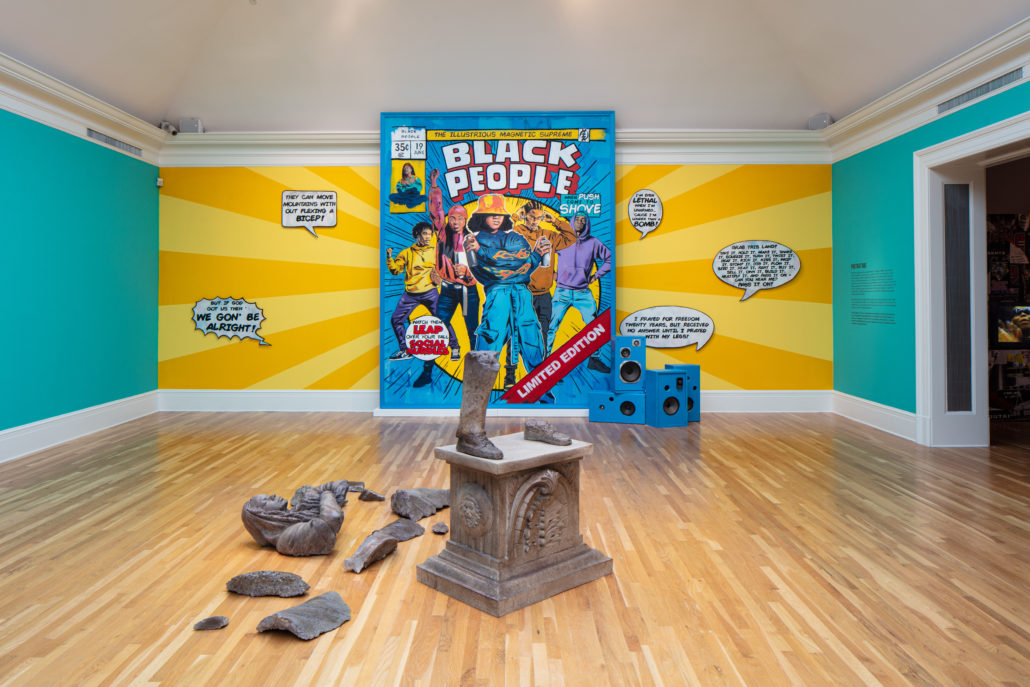 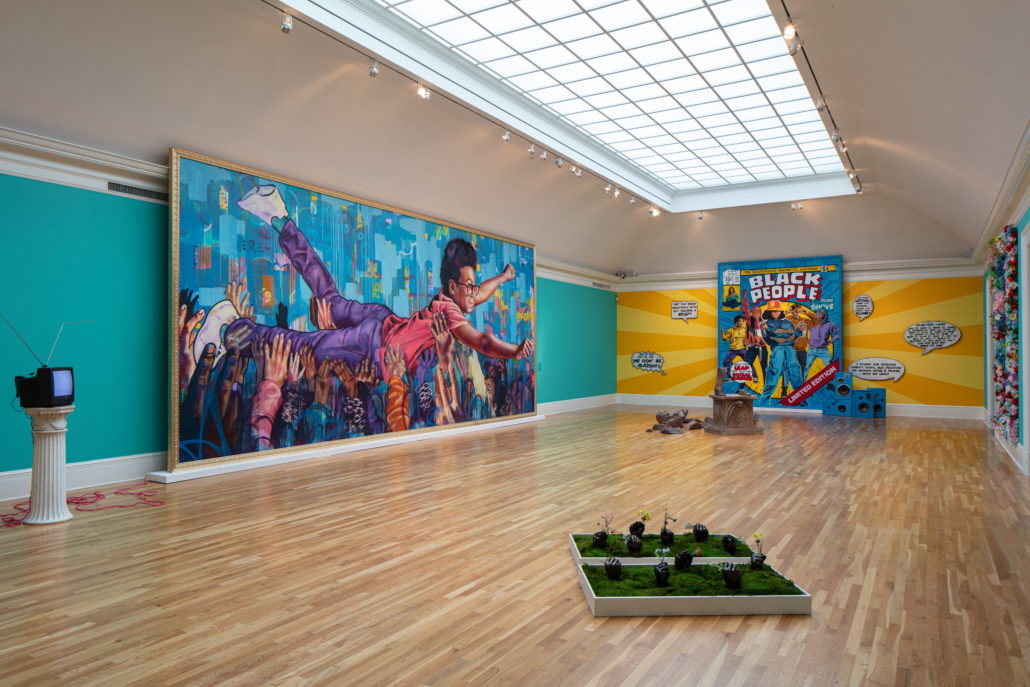 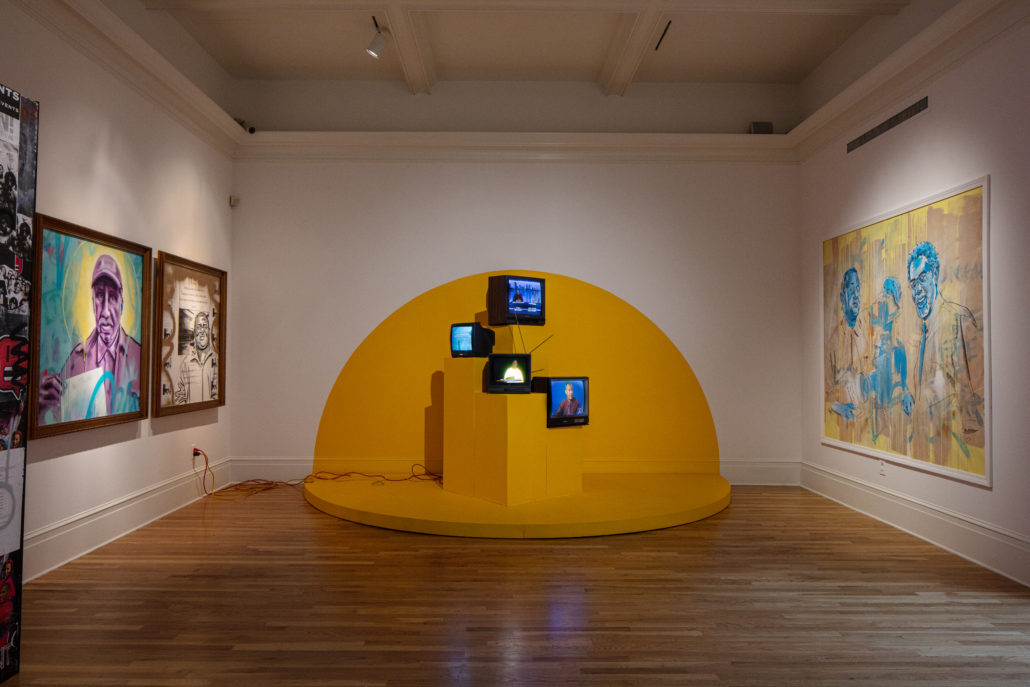 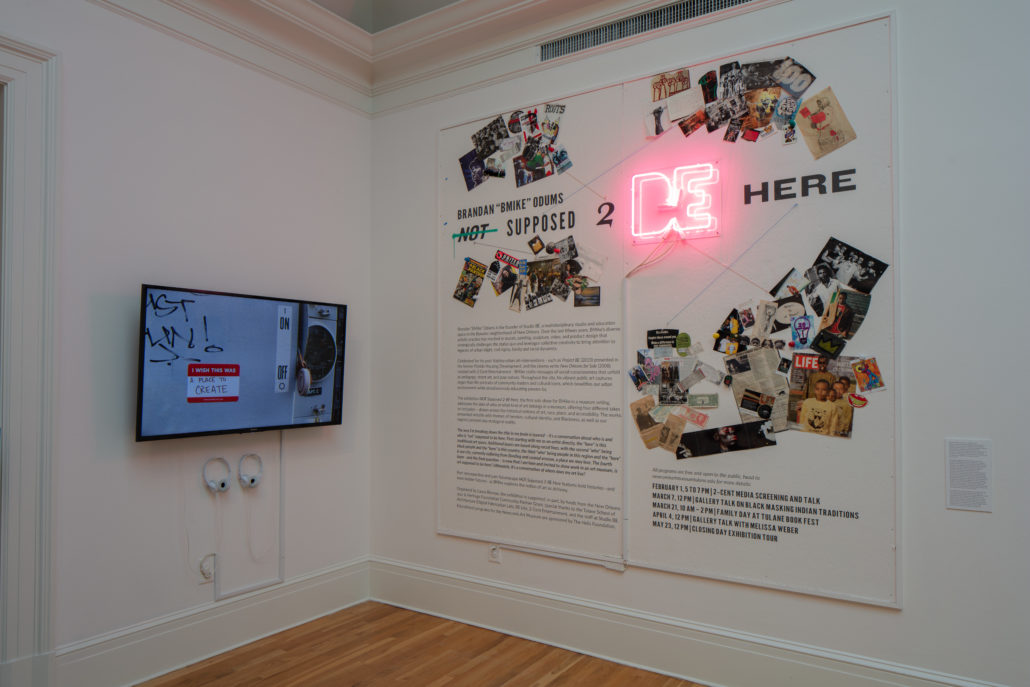 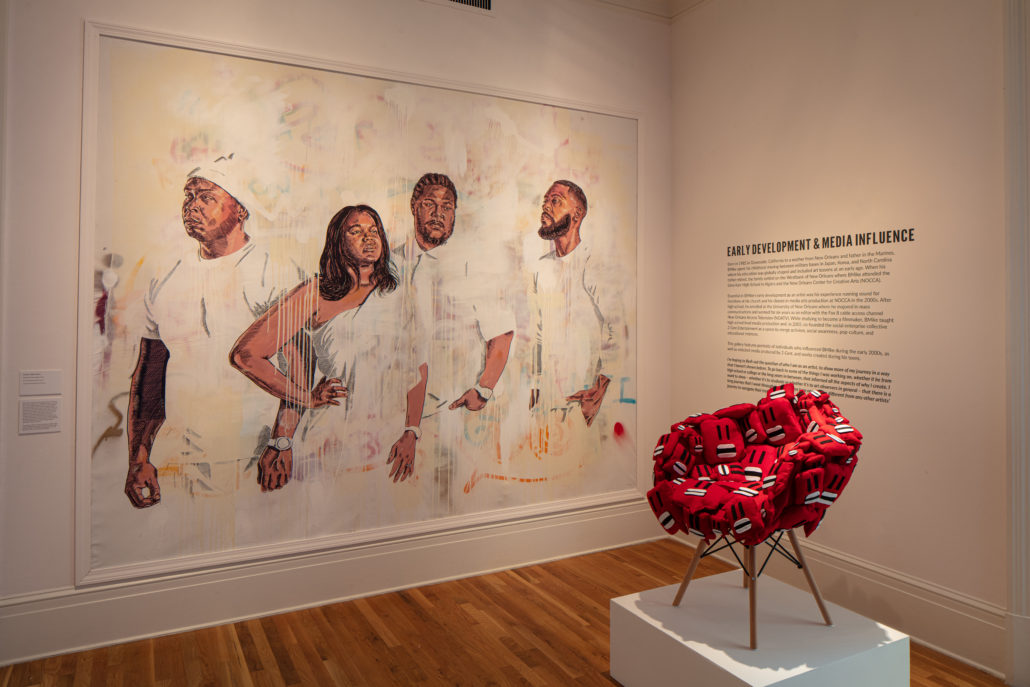 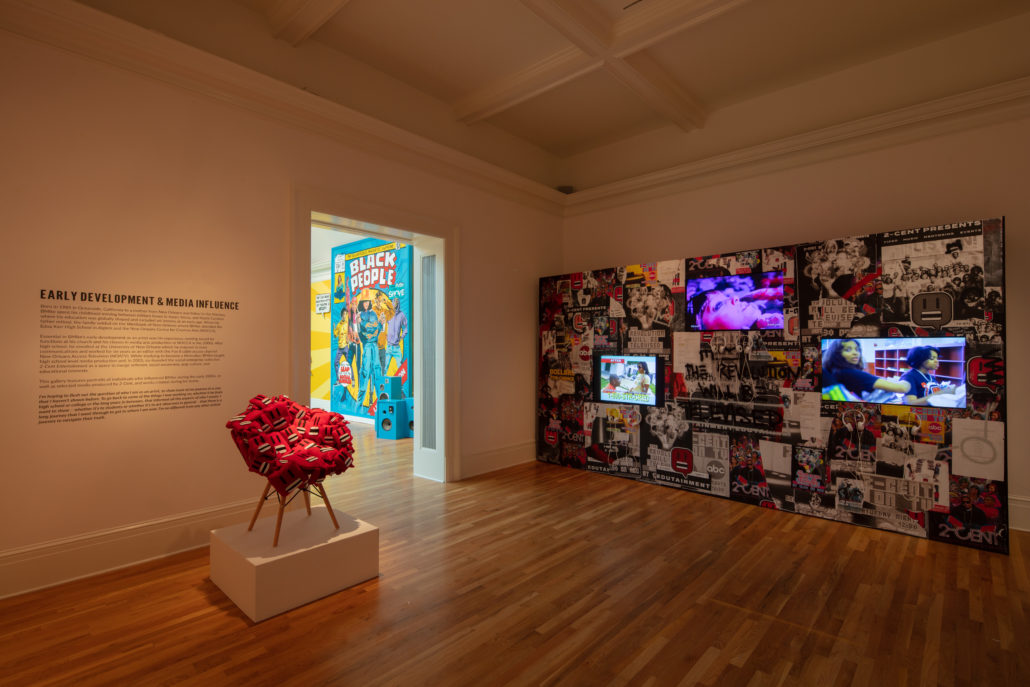 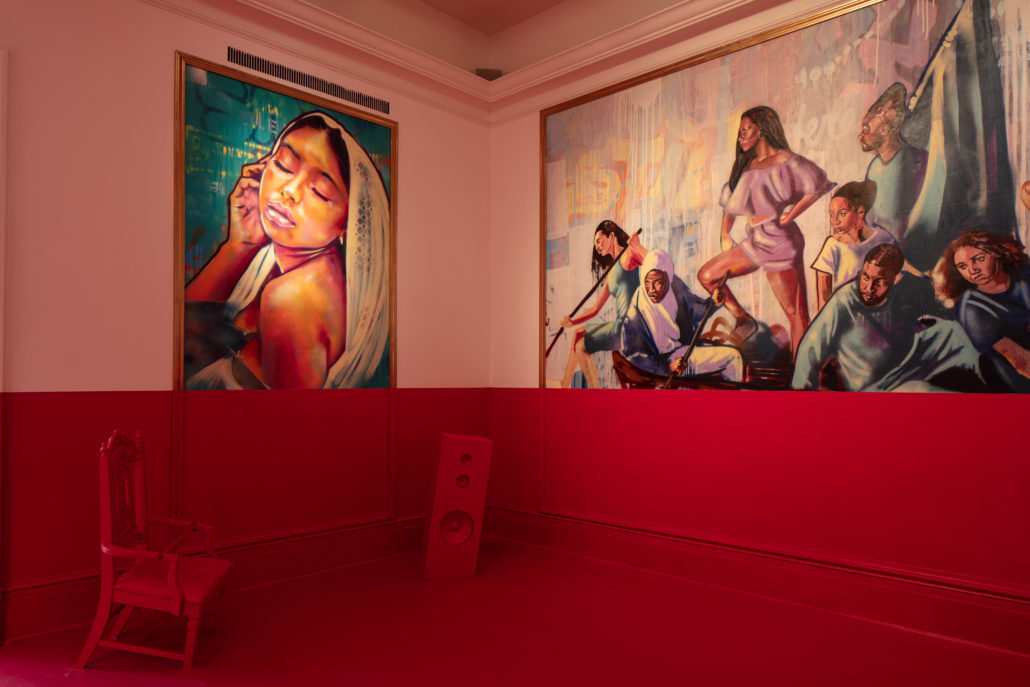 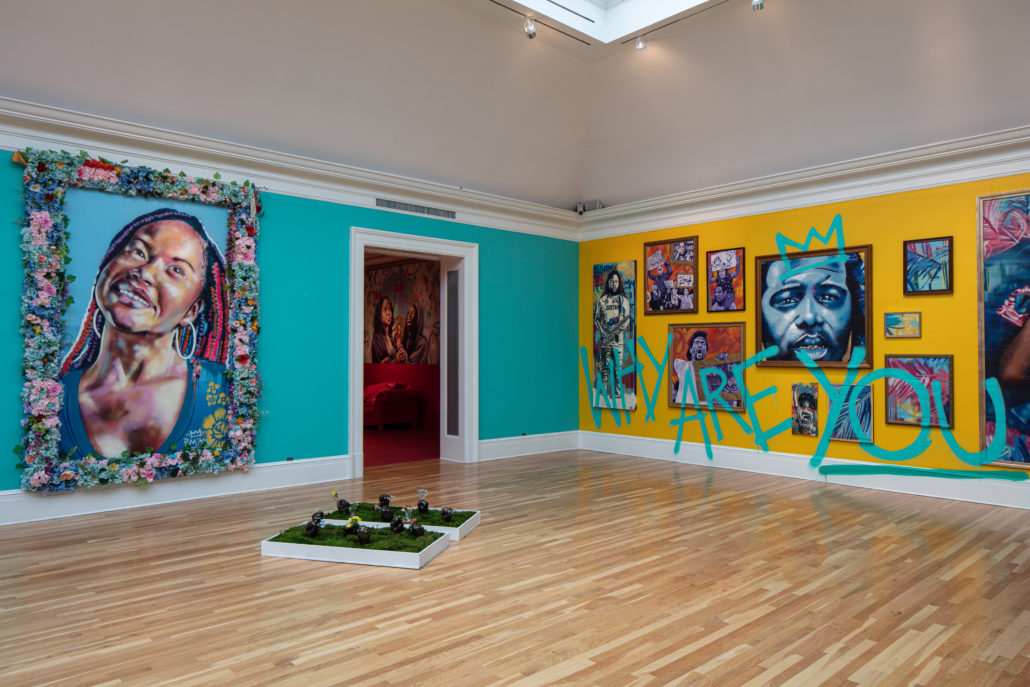 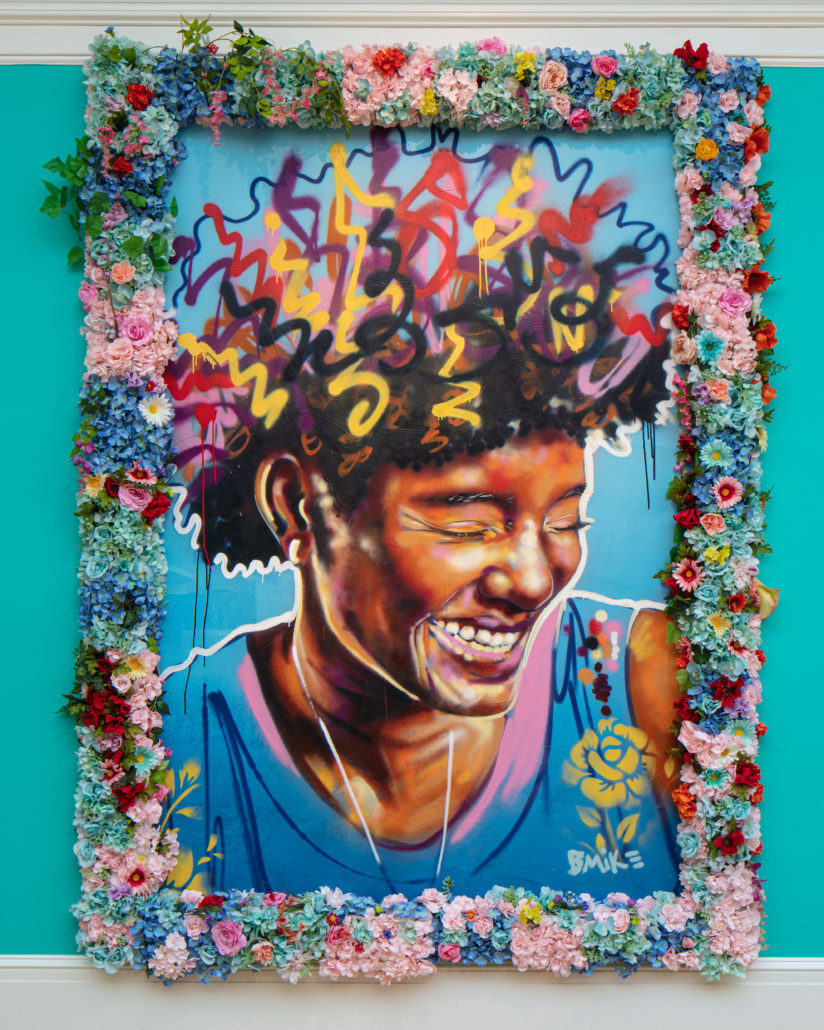 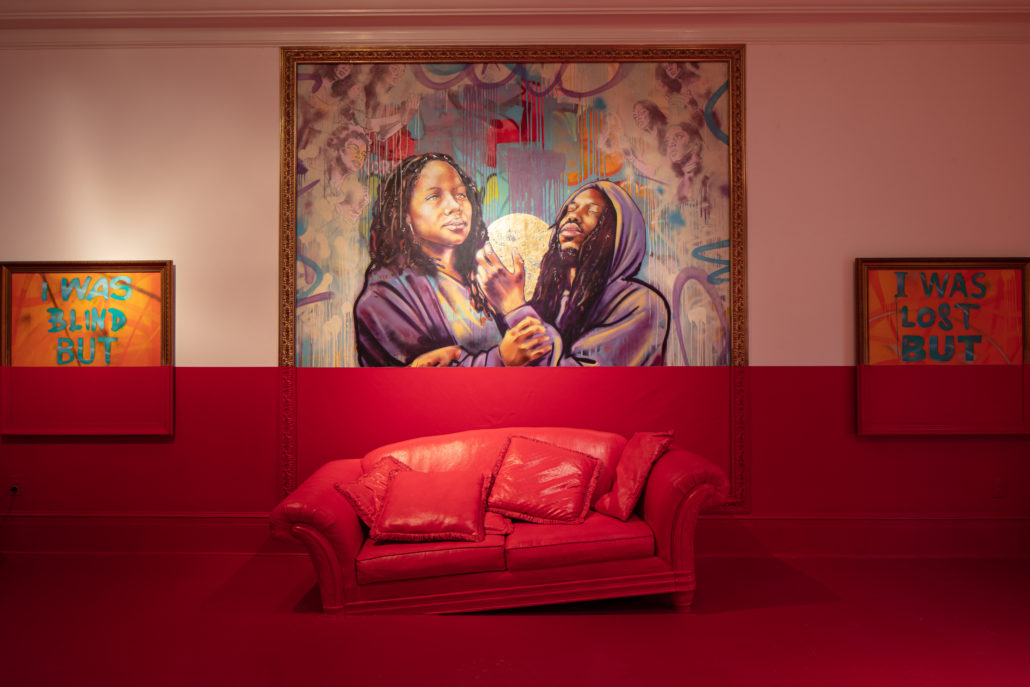 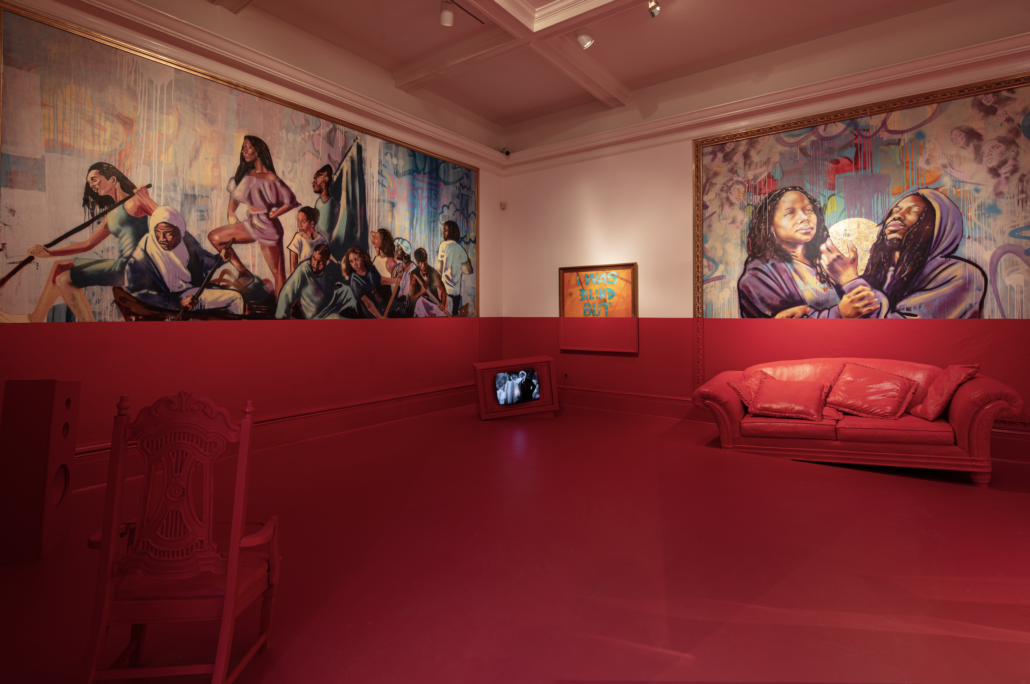 See the Exhibition in 3D 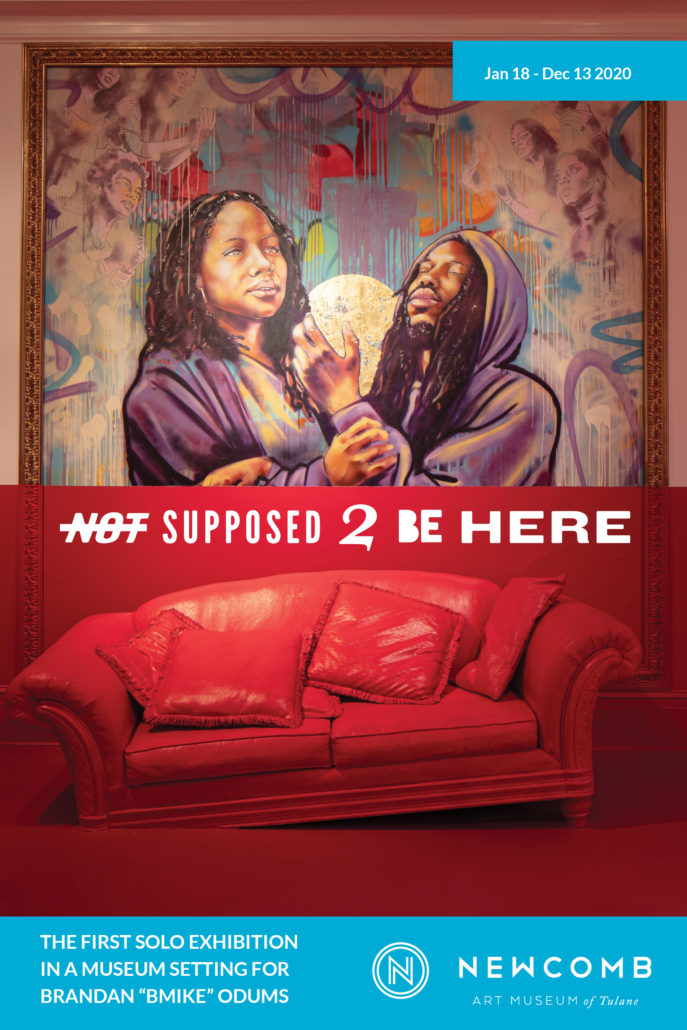 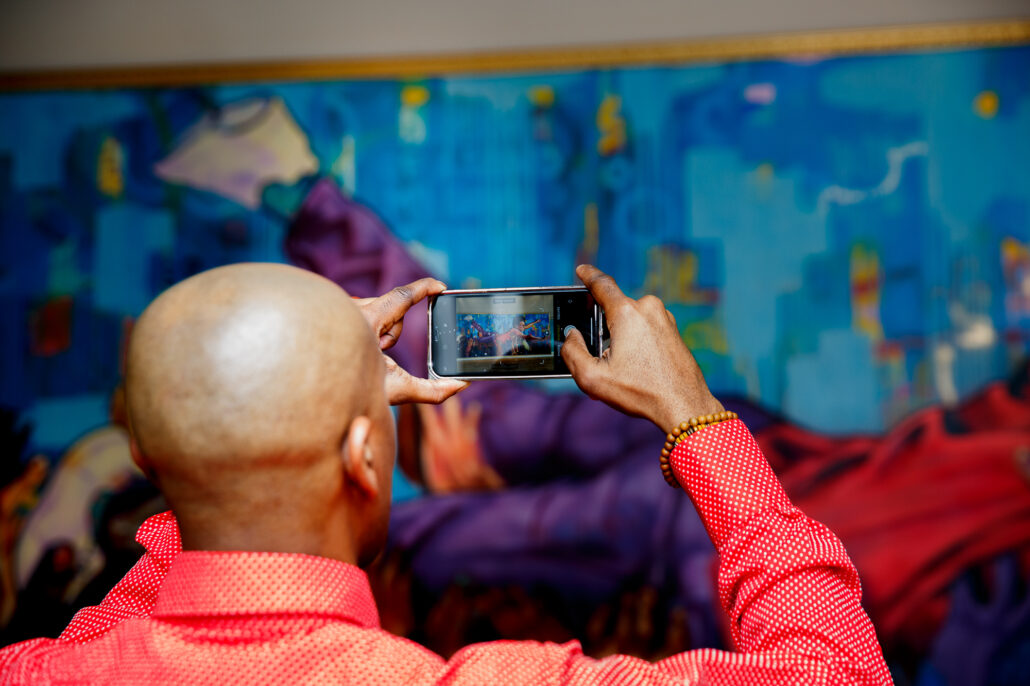 Check Out Art Activities, Tours, and More in Our Media Library

Bmike.com
Events
Plan Your Visit
The Music of Resistance

Plan Your Vote
We use cookies to ensure that we give you the best experience on our website. If you continue to use this site we will assume that you are happy with it.Ok
Scroll to top